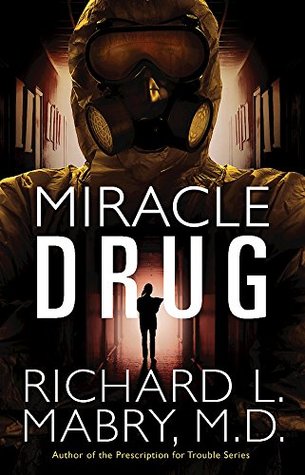 The infection wasn’t supposed to happen, but it did. The treatment was supposed to take care of it, but it didn’t. Then Dr. Josh Pearson discovers why—his patients, including the former President of the United States, have been dosed with a different strain of the original virus, one that is universally fatal. The only chance for survival is treatment with an experimental drug, but the manufacturer might already have discarded its supply.

As if treating the President of the United States isn’t stressful enough, the situation goes from bad to worse when Rachel Moore, a nurse Josh is falling in love with, falls ill. With the nation’s eyes on him, Josh must pull off a miracle to save a man who holds a good deal of power and the woman who holds his heart.

My thoughts: While this story sounded like it would be interesting, it started slow and failed to really grab my attention and imagination. I found the characters to be hard to really get to know. It is an interesting mystery that was written before the Ebola outbreak, which is interesting, since it is kind of along the same lines. Fans of medical mysteries should enjoy the journey that Dr. Pearson goes on to try and save the former president and his girlfriend.
I received this book from Litfuse in exchange for my honest review.
Posted by Inklings and Notions at 11:46 AM