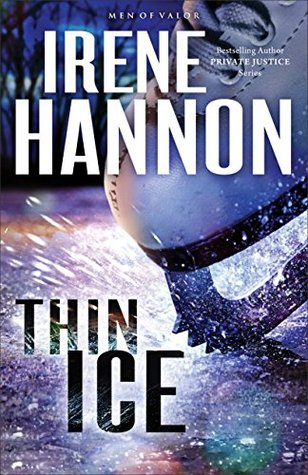 After losing her parents in a car accident and her sister to a house fire, Christy Reed has been mired in grief. Life is finally starting to feel normal again when an envelope arrives in the mail--addressed in her sister's handwriting. And the note inside claims she is still alive.

FBI Special Agent Lance McGregor, a former Delta Force operator, is assigned to reopen the case, but he's coming up with more questions than answers. If Ginny Reed is still alive--who is the woman buried in her grave? Where is Ginny? And is Christy a pawn in a twisted cat-and-mouse game--or the target of a sinister plot? As he digs deeper, one thing becomes clear: whoever is behind the bizarre ruse has a deadly agenda.

Bestselling author and two-time Christy Award finalist Irene Hannon warms readers' hearts as they root for a romance between Lance and Christy, but she pulls out all the stops as this high-stakes thriller chills to the bone in a race to the finish.

My thoughts: What an interesting mystery! I love that the premise is so original and unique. I also very much enjoyed that it told the story of the next McGregor brother, who's past job and mystery was hinted at in Mac's book, Buried Secrets. I like that the story is totally focused on Lance and his story, while still catching readers up to date on the next chapter in Mac and Lisa's story. This mystery is hard to put down! The only thing I am not a huge fan of would be all that a lot of the romantic attraction was based on physical appearance and I like for it to be more based on the characters, for looks to play a minor role in the story. That is just one of my personal preferences though.;) The overall story was a lot of fun and one I recommend!
I received this book from Revell in exchange for my honest review.
Posted by Inklings and Notions at 1:35 PM