From Shore to Shore

Can one captain show her the deep love of the ultimate Captain without falling in love himself?

Bree Jamison comes to Sparrow Island for one reason: to study coral reefs. She’s not interested in happily-ever-after and certainly won’t allow her handsome boat captain to sway her into believing these islands are different from any others. But when she finds an old shipwreck and learns the history of pirates and treasure, Bree finds herself searching for something that always feels just out of reach.

Cooper Carmichael takes the job as boat captain for the enigmatic Bree to further his career. He never expected her to be so driven—or so painfully opposed to God.

All Cooper wants is his happy island life. He wants for nothing. In fact, he’s made it his mission to be content. In every aspect of his life. Bree throws a wrench in his plan as her presence pushes Cooper to want for things he deems unnecessary.

A man striving for contentment. A woman who believes God is picking on her.

It takes one to show the other that no matter which shore you find yourself on, God got there first.

Read the next Sparrow Island novel in the Independence Islands Series featuring five islands, six authors, and a boatload of happily-ever-afters.

My thoughts: I love how this story brings together some of the characters from the previous books in this series by Tabitha Bouldin! I enjoyed finally getting to read Bree and Cooper's story, as they wrestle with trying to be content and what happens when God turns that upside down. I can relate to that a bit, since I was in a similar place when my husband started to pursue me as more than a friend. It was fun to read this story! It's the perfect summer read, though I love that it's not just limited to summer.

Tabitha Bouldin is a student at Southern New Hampshire University, where she is currently pursuing her Bachelor’s in Creative Writing. As a member of American Christian Fiction Writers (ACFW), she works with critique groups and provides endorsements for other authors. Tabitha’s genre of choice is Contemporary Christian Romance which she describes as: Adventure with heart. Tabitha spent ten years working as a Medical Assistant before God opened the door which allowed her to become a stay-at-home-homeschooling-mom and author.

Writing in the Independence Islands series has been a true blessing, and From Shore to Shore is no different, except that these characters brought out feelings that I never expected.

Most of the time, when I go into a story, I know a bit of what’s going to happen. I already understand the characters’ backstory and what has driven them to this point in there life where I’ve picked up their tale and begun to weave it into a book.

Bree decided she wanted to go another route.

Cooper didn’t want to talk to me for half the book.

Christian walked onto the page and tried to take over because he didn’t want to wait for his turn in book five.

These characters, I tell you what, they’re a demanding bunch.

Finally, though, finally they settled in and told me their story.

You might remember Cooper, he’s Mel’s brother and he showed up in book one, Mishaps off the Mainland. Cooper is a delightful yet careful captain who delights in the open ocean and loves the islands.

Bree is a tangled mess of consternation. She scorns love and believes it to be a trap. Even God’s love is suspect in Bree’s eyes.

These two are imperfectly suited for each other, but God has a plan to help them both, and He helped me through every page of From Shore to Shore, a story that shows no matter how far you run, no matter what shore you find yourself on, God got there first.

Because I said so — and other adventures in Parenting, July 1

She Lives To Read, July 4 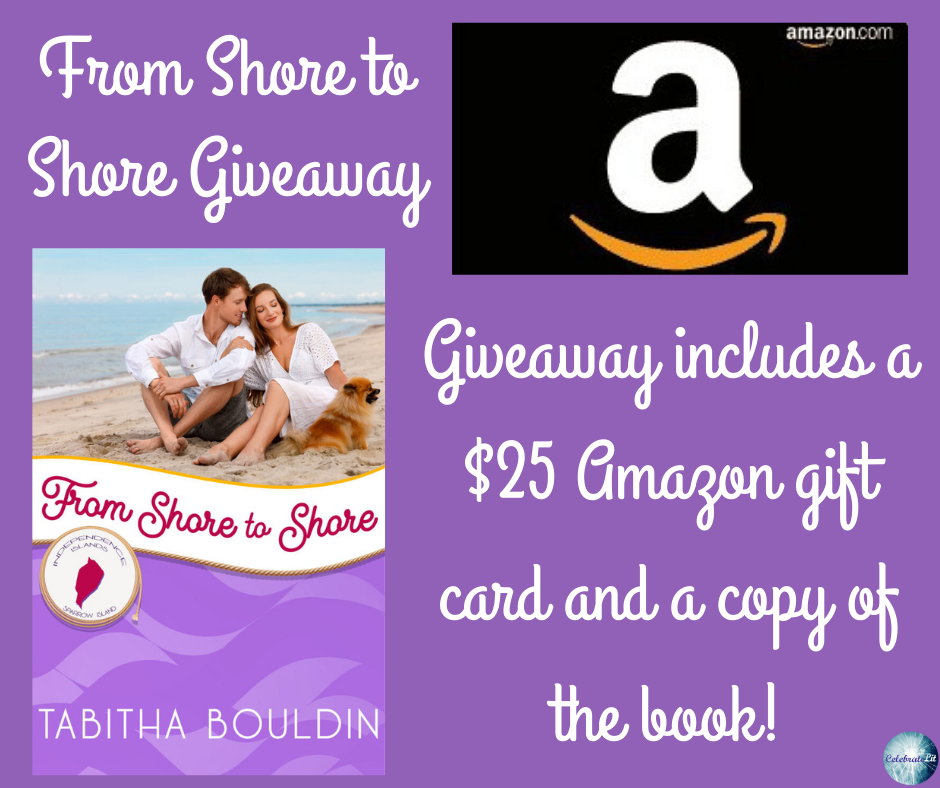