the Proposal at Siesta Key 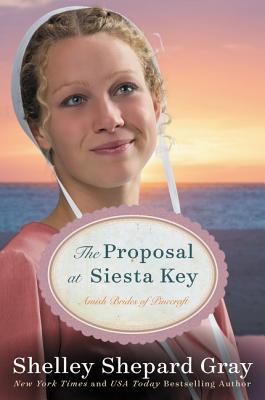 Penny Troyer rarely disobeys her parents. In the years since her sister’s tragic death, they’ve wanted nothing more than to keep her safe…even if it means never leaving the house.

But tonight, she’s bending the rules because Michael Knoxx, the most famous member of The Knoxx Family Singers, a traveling Mennonite Evangelical family —is scheduled to speak. Penny has heard of Michael—how he lost part of his leg in a terrible accident and uses the experience to inspire others—and knows she must meet him. So, for the first time ever, Penny stands up to her parents and goes out on her own.

Though he speaks about living life to the fullest, Michael knows he needs to take his own advice. Life on the road is grueling and Michael wants to slow down, to rest…to perhaps meet someone who sees him as a man, not just a celebrity. So when a twist of fate allows him the chance to stay a little longer in Pinecraft, Michael knows God is showing him a new path, especially when he discovers how much he and Penny Troyer have in common.

But new friendships can’t stop time. Soon, Michael's time in Pinecraft will be over and he'll be back on the road. Her time with Michael has brought her happiness, but will she be able to follow her heart? Or will she be faced with the one thing she’s sure she'll never have the courage to do?

My thoughts: We all deal with life's hard blows differently. In The Proposal at Siesta Key, Penny's family deals with their loss by wanting to keep Penny close by. When she has the chance to break free, even for just an evening, Penny's life starts to go down an unexpected path.
I thought that this book was interesting! I've noticed it in some of her other books, that the secondary characters are well developed, and I like that she brings back characters from the other book/books in a series, making it like you are a visiting friend and catching up on all the happenings. This book is a sweet story that also does a great job of dealing with loss and moving past tragedy.
I received this book from Litfuse in exchange for my honest review.
Posted by Inklings and Notions at 7:50 PM