Shadow of the Mountain; Exodus 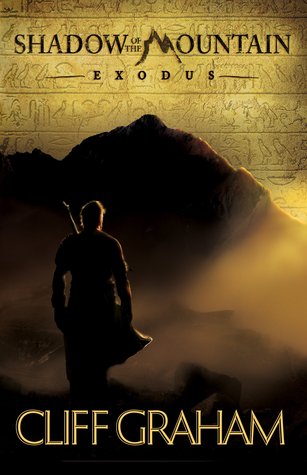 Two men were brave enough to tell the truth about what awaited the Hebrews in Canaan. This is their story. From the slave pits of Egypt to the efforts of an eighty-five-year-old Caleb as he drives out the last of the giants, Shadow of the Mountain is a vivid portrait of two of God's chosen champions, and a meditation on masculine mentorship and the challenges and blessings of growing older.

For the sake of his new God and his loyalty to his friend Joshua, Caleb will not spend his twilight years resting, but taking the battle to the enemies of God's people until his dying breath. From his early days as a mercenary for Pharaoh in Egypt watching the Hebrews suffer under the yoke of slavery, all the way through a desperate fight with giants in the dark forests of the hill country, this is a story filled with epic battles, gritty intensity, and supernatural events that made Graham's Lion of War series a hit. Shadow of the Mountain is sure to ignite a love for the Old Testament in popular culture.

My thoughts: I enjoyed this book immensely, since it really brings to life Caleb from the Bible. Graham does a fabulous job of filling in the details (which, while fictional are very believable) of Caleb's life and what made him the man we recognize from the scriptures. I think this book is especially great for those who like military stories, since Caleb was a warrior.
One of my favorite things about this book? It shows how, no matter what your age is, you can still serve the Lord.
I received this book from Bethany House in exchange for my honest review.
Posted by Inklings and Notions at 5:37 PM