Forgetful scientist Simon Morgan lost his chance with Amity Archer ten years ago. He knows there is no hope…until a sea captain trades a meal for an ancient stone reputed to have the power to give him his heart’s desire. Immediately after pocketing the stone, Simon runs into Amity. Did the ancient artifact cause this chance encounter or was it mere coincidence?

Like her favorite travel writer Mrs. Peabody, Amity Archer yearns for adventure, but she’s horrified when her father asks Simon Morgan to escort her on her first real adventure.

With Amity’s Aunt Clementine as a buffer between them, will Simon be able to prove that his love for Amity is real? Can Amity show Simon that her love for him has nothing to do with a so-called magical rock?

My thoughts: I thought that the premise of this story was interesting, with the ancient stone at the center of it. I enjoyed getting to know Amity, as she sets out for adventure and is put in a difficult situation by her father. I would not of appreciated that. Can she and Simon find something real?

I liked the historical details and how Amity is an independent character. I also thought that the Horeb stone being in the story was an interesting part. 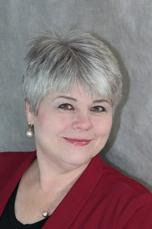 Izzy James lives in coastal Virginia with her fabulous husband in a house brimming with books.

I am a Geographer by degree. So maps and the shapes of the earth fascinate me. It keeps me looking at the ground. Where I live in Virginia we still travel the imprint of colonial roads. Former villages have been swallowed by large urban areas, but the land is still there. Amity Archer travels these roads on the adventure to love in The Dollmaker’s Daughter.

It makes The Dollmaker’s Daughter special to me. I have traveled the roads Amity and Simon cover many, many times. The research for this book kept me up nights reading true accounts of traveler and taverns in colonial times.

By The Book, August 8 (Author Interview)

Beauty in the Binding, August 13

For Him and My Family, August 14

To celebrate her tour, Izzy is giving away the grand prize package of an eBook copy of The Dollmaker’s Daughter and a tea cup!!