A scarlet cord tethers one ruined woman to the salvation of mankind.

Harboring two fugitives in a city slated for destruction, Rahab has one small chance of escape. In exchange for their safety, she bargains for her own. Their agreement rewards her courage, and she flees Jericho and a life of prostitution for a new life among the people of Israel. Never again will she have to depend on anyone—especially men.

Except Salmah won’t take the hint.

High ranking soldier and leader of the tribe of Judah, Salmah is determined not to repeat his parents’ mistakes. He will keep the Lord’s commandments. Rahab’s growing faith fits right in with phase one of his plans: find a wife who loves the Lord and settle down in the new land.

Rahab finds shelter and meaning in the Lord’s ways until her past comes back to haunt her. As her new faith is put to test, she finds herself alone. Isn’t that what she’d always wanted?

With her courage waning, only the Lord can turn Rahab’s life around again, but will He do it before she loses everyone and everything that really matters to her—to her heart?

My thoughts: I enjoy picking up Biblical fiction and earning a new appreciation for the little glimpses of the lives we have from the Bible stories. I thought that the author did a wonderful job of bringing not only the showing us the bigger picture of Rahab's sacrifice to help the Israelites, but also the customs of that time and what it would of been like to join a whole other culture. This story is a beautiful one of faith. 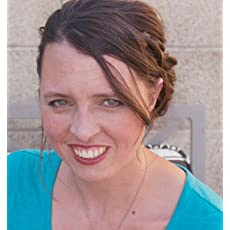 Naomi writes Historical Fiction set in Bible times.She lives in a small town in the south-eastern mountains of ArizonaShe is an avid reader, Pastor’s wife, and homeschool mom.

On the brink of war and conquering the Promised Land, The Israelites stand fierce and determined, ready to see God’s victory. This time they will not waiver.  This time, obedience will be their theme. But it wasn’t always that the Israelites stood with resolve as strong as Jericho’s impenetrable walls.

Rewind forty years. The Israelites have just been delivered from slavery in Egypt. 12 spies were sent into the land and brought back a good report. There were bountiful crops peace and giants.

Nahshon, as the leader of Judah (Numbers 2:3), should have been influential in his tribe’s decision to trust the Lord—especially since Caleb one of the two who trusted, was from Judah. Yet nobody believed. They all grumbled. So instead of what should have been a quick journey, it took forty years.

And the entire generation couldn’t enjoy the benefits of trusting God and His promise.

He sees the penalty of his father’s disobedience. It shapes his life he adheres to the ways of the Lord. Plague after disobedience hardens his resolve. He will obey the laws of the Lord so it will go well with him in the new land.

So what is a man with this moral stature doing with a Canaanite? A harlot? Every sordid detail that makes up Rahab goes against his moral fiber.

Faith that was spoken about all the way into the New Testament. Rahab steps out in sacrificial faith to a God she doesn’t yet know, for strangers who have no reason to trust her.

As such, the Lord honored her faith. As He does when you and I step out on that limb because we’ve felt that stirring in our soul.

Not only did the Lord spread His mantle of protection over Rahab, He also saw fit to include her in the lineage of His Son, Jesus.

Rahab’s Courage is a love story. A story of stepping out in faith. Of changing expectations of yourself and others. Of how the Lord can redeem and use any who are willing to put off the old and become that new creation.

***The scripture is clear that Rahab is a harlot. Due to the nature of this life, this story addresses prostitution, rape, and post traumatic stress. Please use caution with younger readers and if these subjects would act as a trigger for you. If Rahab’s Courage was a movie, it would have a rating of PG-13

Inside the Wong Mind, August 14

She Lives to Read, August 17

Cats in the Cradle Blog , August 21

Through the fire blogs, August 22

Labor Not in Vain, August 24

To celebrate her tour, Naomi is giving away the grand prize package of a $25 Amazon gift card and a copy of the book!!