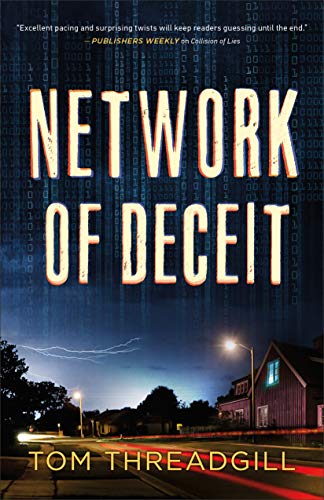 After her rescue of nearly fifty kidnapped children made international headlines, Amara Alvarez gets what she's worked for: a transfer to San Antonio's Homicide Division. Reality sets in quickly, though, as her first case, the suspicious death of a teenager at a crowded local water park, brings chaos to her personal life.As the investigation moves forward and she increases the pressure on the suspects, Amara finds herself under attack by cybercriminals. Her every move is being potentially watched online, and she's forced to resort to unconventional methods to find the killer. With few leads, she fights to keep her first murder investigation from ending up in the cold case files.Tom Threadgill is back with another riveting page-turner featuring the detective who is willing to put everything on the line to see that justice is served and lives are protected.
My thoughts: I have mixed feelings about this book! On the one hand, I thought that the mystery was well done and kept me reading to figure out who had almost gotten away with the perfect crime. That said, I didn't care for Amara and the slow pacing of the first half of this book. I felt like the book was missing some camaraderie and wished that Amara showed a little more emotions.
That said, the mystery part wound up being interesting and thought provoking, though I don't want to give any spoilers as to why. I did love the twists at the end!
I received this book from Revel. This is my honest review.
Posted by Inklings and Notions at 8:56 PM