Framed for a murder he didn’t commit, firefighter Beckett Duke gave up on everything—including his marriage to spirited Laney Holland. That is, until Laney’s life is threatened. Knowing the real killer is still at large, Beckett now has one purpose: protecting the woman he loves…and their unborn child. But sometimes an innocent man’s second chance comes with a deadly price.

My thoughts: I enjoyed this suspenseful story and the twists and turns that were in it!   Beckett and Laney have found the love of a lifetime in one another, but all that is threatened when Beckett is accused of murdering a guest at their Hotel. Due to Beckett's reputation from youth, it is easy for someone to frame him for the murder, which throws a major wrench in things when Beckett decides to try and protect his wife and unborn child by filing for a divorcee so they can create some distance from him. This is an excellent, suspenseful story that was fun to read! 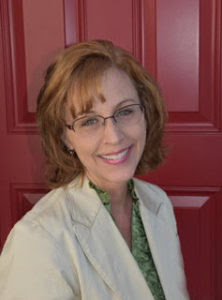 Dana Mentink is a two time American Christian Fiction Writers Carol Award winner, a Romantic Times Reviewer’s Choice Award and a Holt Medallion winner. She is the Publisher’s Weekly bestselling author of over forty titles in the suspense and lighthearted romance genres. She is pleased to write for Harlequin’s Love Inspired Suspense, Harlequin Heartwarming and Poisoned Pen Press. Besides writing, she busies herself teaching third grade. Mostly, she loves to be home with Papa Bear, teen bear cubs affectionately nicknamed Yogi and Boo Boo, Junie, the  nutty terrier, and a chubby box turtle.

What’s up in Death Valley?

As the desert vistas opened up in front of Papa Bear and me, I felt an amazing sense of peace. Mind you, we were visiting Death Valley in the fall. No braving the 130 plus summer temperatures for this couple! I simply cannot describe to you the wonder I felt, as a  suburbanite from a bustling, noisy Northern California city. There is never a moment at home when I see only open horizon, when I hear nothing but quiet breezes. I was, quite simply, stunned.

I had done some research about places to visit as potential series settings, and Death Valley was at the top of the list. The websites did not disappoint. Artist’s Palette, the gorgeous peak painted in a rainbow of rock colors? Check! Badwater Basin, the lowest point in North America, glistening with salt and not so lifeless as one might think…check! How about my favorite moment…jouncing along the precarious trail through Titus Canyon? Check! Would all of these incomparable locations be suitable for a six book suspense series? Roger that!

It’s ironic that I felt so welcomed by such an inhospitable locale. Visiting is one thing, but it takes a certain rugged breed of individuals to live in such a hostile climate. What fodder for fiction! I simply could not wait to get home and start creating the Duke family. And you know what? When this pandemic is over, Death Valley is the first place I want to return…in the fall, of course! Do you have a place near and dear to your heart? What’s first on your travel list after the world opens up again?

Among the Reads, March 16

For the Love of Literature, March 18

For Him and My Family, March 23

She Lives To Read, March 25

Through the Fire Blogs, March 26

Labor Not in Vain, March 27

Because I said so — and other adventures in Parenting, March 28

To celebrate her tour, Dana is giving away  the grand prize of a $30 Amazon gift card, a set of six mini cactus candles, and a signed copy of the book!!

Posted by Inklings and Notions at 9:30 PM