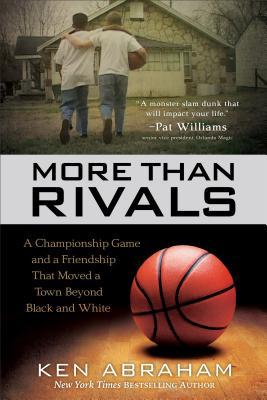 An Inspiring True Story Set in the Midst of the Civil Rights Era
By 1970, racial tension was at a breaking point in the southern town of Gallatin, Tennessee. Desegregation had emotions running high. The town was a powder keg ready to erupt. But it was also on the verge of something incredible.
Eddie Sherlin and Bill Ligon were boys growing up on opposite sides of the tracks who shared a passion for basketball. They knew the barriers that divided them--some physical landmarks and some hidden in the heart--but those barriers melted away when the boys were on the court. After years of playing wherever they could find a hoop, Eddie and Bill entered the rigors of their respective high school teams. And at the end of the 1970 season, all-white Gallatin High and all-black Union High faced each other in a once-in-a-lifetime championship game. What happened that night would challenge Eddie and Bill--and transform their town.
Readers will love this fast-paced true story of courage, determination, character, and forgiveness.

My thoughts: Being a child of the 80's, I don't know what it was like to live during the Civil Rights movement and it is hard to understand how people could be so hateful just because of the difference in skin color. In this wonderful, true story, a town is not getting with the rest of the world to make strides to end segregation until basketball brings two boys together. While there is some language that I did not appreciate (though, I understand why it was used, since it is probably how things were back then), the story is excellent and I highly recommend it. You don't have to be a basketball fan to appreciate this wonderful story of two boys who didn't see or focus on their differences.
I received this book from Revell in exchange for my honest review.
Posted by Inklings and Notions at 5:22 PM