The Secret in Belfast 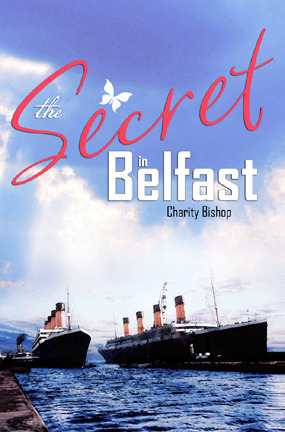 The city of Belfast in 1911 bustles with activity. The RMS Olympic is about to set out on her first sea voyage, and the RMS Titanic is sliding off her dry dock into the channel for the first time.

However, Lord Pirrie and Thomas Andrews have other things on their mind… a robbery without anything missing, a mysterious child with a sadistic gift, and a secret hidden for decades threatens to overshadow the success of the shipyard. And when a dockside accident amid the roar of the watching crowd reveals a greater threat among the workers of Harland & Wolff, they have no choice but to rely on an old friend for assistance.

Richard Pierce falls into an unimaginable world of spiritual intrigue and ghosts from the past that may force him to bring his own secrets to light, as he haunts the shipyard in search of answers, confronts the demons of his past, and faces an eventual journey across the icy North Atlantic.

My thoughts: Speculative fiction and the RMS Titanic? Yes please! I've been interested in the Titanic since high school, so I just had to read this book (especially since Charity is quickly becoming a favorite author!) to see how the two would mesh. I very much enjoyed it! The characters are a combination of historical figures famous for being on board the Titanic and fictional creations. I love the spiritual themes in the story, the conversations about religion and gifts were thought provoking. I think that is one of the things that I appreciate the most about Charity's books, she doesn't shy away from difficult conversations on Christianity. A lot of "Christian fiction" sticks with the artificial, so I appreciate when an author dives deeper.
I highly recommend this story!
I received a copy of this book from the author in exchange for my honest review.
Posted by Inklings and Notions at 8:03 AM