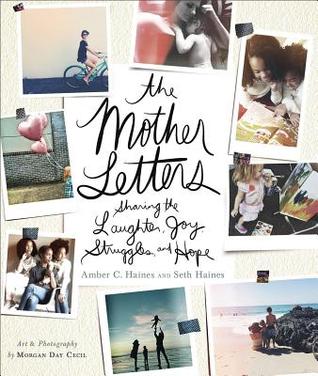 After his wife Amber had given birth to three boys in three years, Seth Haines saw that she needed encouragement in the day-to-day drama and details of motherhood. Secretly collecting nearly six hundred wise, honest, and sometimes hilarious letters from other mothers across the world, Seth compiled these "mother letters" as a gift for her. Amber and Seth have chosen the best of those letters--including letters from some of the most influential writers and bloggers online today--to include in a beautiful book perfect for the mother in your life.
Each mother-to-mother letter offers encouragement, advice, and vulnerable honesty about the struggles and joys of motherhood. These letters show that no matter how many times mothers feel like they've failed, they are still doing their greatest work. So for the mom who thinks she's the only one out there who just can't find time for a shower, "Mother Letters" shows her that she's part of a grand and diverse group of strong women who are saying to her, "Me too. But we can do this."

My thoughts: Mothering. One of the hardest, most rewarding jobs there is! Each child is so different, and just when I think I have something figured out, we hit a new stage or a new issue comes up. It's so easy to focus on the faults in oneself, so I found this book to be incredibly encouraging! It is just so nice to read some of the letters and realize that I am not alone! I think the one that touched me the most was about having grace with myself, though all the letters are amazing and wonderful reminders to slow down and remember that God made me the mother of my children for a reason.
With mother's day around the corner, I highly recommend giving this book as a gift to the mothers (especially mothers who still have children at home)in your life.
I received this book from Revell in exchange for my honest review.
Posted by Inklings and Notions at 7:16 AM