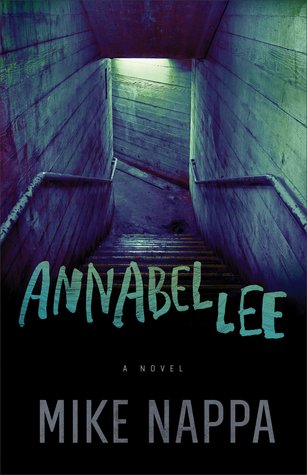 Fourteen miles east of Peachtree, Alabama, a secret is hidden. That secret's name is Annabel Lee Truckson, and even she doesn't know why her mysterious uncle has stowed her deep underground in a military-style bunker. He's left her with a few German words, a barely-controlled guard dog, and a single command: "Don't open that door for anybody, you got it? Not even me."

Above ground, a former Army sniper called The Mute and an enigmatic "Dr. Smith" know about the girl. As the race begins to find her, the tension builds. Who wants to set her free? Why does the other want to keep her captive forever? Who will reach her first?

Private investigators Trudi Coffey and Samuel Hill need to piece together the clues and stay alive long enough to retrieve the girl--before it's too late.

My thoughts: I find it intriguing that the titles for the titles in this series are taken from things that Edgar Allan Poe wrote, while not being a mirror of those stories. This one was interesting. While I liked the suspense and a lot of the story, I wasn't a huge fan of the PI Coffey, and I'm not sure why. I am glad that I read to the end though, since it is an interesting mystery!
I received this book from Revell in exchange for my honest review.
Posted by Inklings and Notions at 6:56 PM