Holly Cramer’s past choices have finally caught up to her, but she never expected them to endanger her baby.

Though Holly’s stumbled through most of her adult life as a party girl, she longs to live a more stable life for her daughter. Then police show up to question her about the whereabouts of Creed Kershaw, Lily’s father. She has kept his identity a secret from friends and family—she never even told him about the pregnancy. Now he’s a person of interest in a drug-related murder case.

Determined to keep him out of their lives and turn him over to police, Holly uses her private investigating skills to search for him. But her bravado backfires when he turns the tables and takes her and the baby hostage. As desperate hours tick by, Holly realizes his connection to Leonard Miller—the man who has gunned down several members of her family. Creed claims he’s innocent and that Miller is after him too. His gentleness with Lily moves her, but she can’t trust a man who has held her at gunpoint . . . even if he reminds her so much of herself.

My thoughts: I have enjoyed the two previous books in this series,  so I was thrilled when the chance to read and review this one came up! While all the siblings in the Cramer family are likeable, in my opinion, Holly is the easiest to relate to. We may not all be party girls like her, but most of us will admit to making mistakes and not living up to the person God would have us to be. I enjoyed this last adventure with the Moonlighters, as they seek to bring Leonard Miller to justice for the crimes he has commited and from taking more victims.  Two thumbs up!
I received this book from Lit fuse in exchange for my honest review. 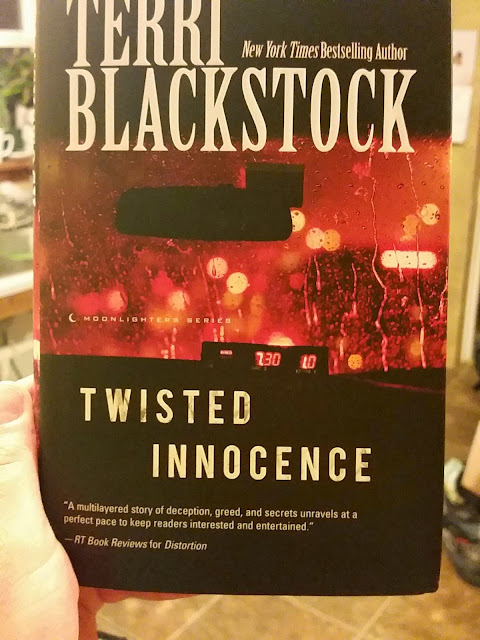 Posted by Inklings and Notions at 6:07 AM