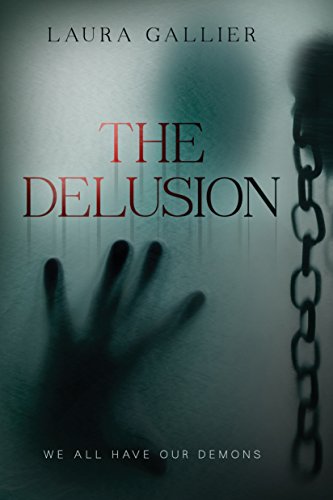 By March of Owen Edmonds’s senior year, eleven students at Masonville High School have committed suicide. Amid the media frenzy and chaos, Owen tries to remain levelheaded—until he endures his own near-death experience and wakes to a distressing new reality.

The people around him suddenly appear to be shackled and enslaved.

Owen frantically seeks a cure for what he thinks are crazed hallucinations, but his delusions become even more sinister. An army of hideous, towering beings, unseen by anyone but Owen, are preying on his girlfriend and classmates, provoking them to self-destruction.

Owen eventually arrives at a mind-bending conclusion: he’s not imagining the evil—everyone else is blind to its reality. He must warn and rescue those he loves . . . but this proves to be no simple mission. Will he be able to convince anyone to believe him before it’s too late?

Owen’s heart-pounding journey through truth and delusion will force him to reconsider everything he believes. He both longs for and fears the answers to questions that are quickly becoming too dangerous to ignore.

My thoughts: This book is fascinating! I had a hard time putting it down, since it is quite suspenseful as Owen seeks to figure out what is going on in with his sight. I love the spiritual element to the book (which, is a huge part of the story, so good thing!) and thought that Laura's take on spiritual warfare was interesting. This book reminded me a lot of the few Frank Peretti that I read when I was younger. My only complaint about it is that it is the start of a series and now I have to wait to find out what happens next!
I highly recommend it for all ages, but it is especially good for young adults.
I received this book from Tyndale in exchange for my honest review.
Posted by Inklings and Notions at 7:19 PM