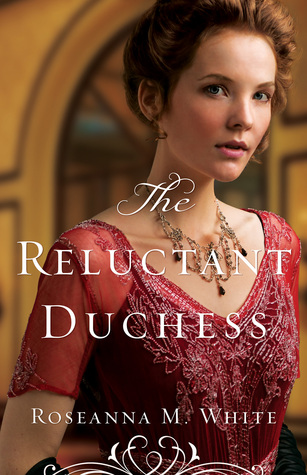 Lady Rowena Kinnaird may be the heiress to a Highland earldom, but she has never felt good enough—not for her father, not for the man she thought she’d marry, not for God. But after a shocking attack, she’s willing to be forever an outcast if it means escaping Loch Morar and the men who have jeopardized her life.

Brice Myerston, the Duke of Nottingham, has suddenly found himself in possession of a rare treasure his enemies are prepared to kill for. While Brice has never been one to shy away from manor-born ladies, the last thing he needs is the distraction of his neighbor, Lady Rowena, who finds herself in a desperate situation. But when the moody Earl of Lochabar tries to trap Brice into marrying Rowena, Brice finds he’s not as opposed to the idea as he expected to be.

Rowena wanted to escape the Highlands, but she’s reluctant to resort to marrying a notorious flirt just to gain his English home. And when she learns that Brice is mixed up in some kind of questionable business with a stolen treasure, she ’fears she’s about to end up directly in the path of everything she was trying to avoid.

This gorgeous book was released today! The first book in the series was a lovely historical read, so I am eagerly anticipating reading Rowena's story.
If you are interested in the book, not only do most booksellers carry the title, but Goodreads has a giveaway running!
Posted by Inklings and Notions at 6:36 PM