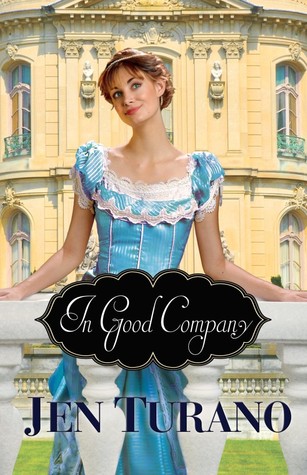 After growing up as an orphan, Millie Longfellow is determined to become the best nanny the East Coast has ever seen. Unfortunately, her playfulness and enthusiasm aren't always well received and she finds herself dismissed from yet another position.

Everett Mulberry has quite unexpectedly become guardian to three children that scare off every nanny he hires. About to depart for Newport, Rhode Island, for the summer, he’s desperate for competent childcare.

At wit’s end with both Millie and Everett, the employment agency gives them one last chance–with each other. As Millie falls in love with her mischievous charges, Everett focuses on achieving the coveted societal status of the upper echelons. But as he investigates the suspicious circumstances surrounding the death of the children’s parents, will it take the loss of those he loves to learn whose company he truly wants for the rest of his life?

My thoughts: From the very first chapter, Millie shows her her unconventional ideas of how to best be a nanny, ways that usually wind up in getting her fired from her positions. Society women do not want a Mary Poppins style nanny, one who the children flourish around instead of being just seen and not heard. I liked Millie's character, though she came across as a bit flaky at time. I can imagine someone like her being a lot of fun around children.
The story has a fun mix of mystery and humor, the perfect light read for a summer day.
I received this book from Bethany House in exchange for my honest review.
Posted by Inklings and Notions at 9:08 PM