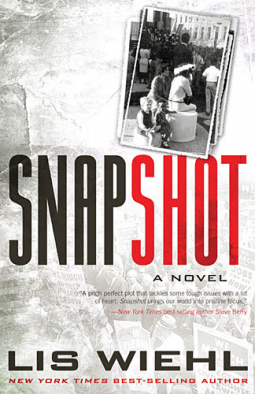 It's 1965, and prejudice abounds. 4 year old Lisa Waldren is taken taken to a Martin Luther King Jr. style rally with her FBI father, where she makes a friend with one of the little girls there, showing that children don't see people based on their color of skin.
When there is a shooting at the rally, Lisa's father gets her out of there as fast as he can. But, years later, with the supposed shooter up for execution, he revisits the case and tries  to figure out who really fired the gun that day.
I loved the historical aspect of this book, especially when I found out the author got the idea from a picture that was taken of herself as a child. the mystery side keeps readers on their toes, so that is excellent too. The only thing I didn't like is that this was printed by a Christian company and that some of the romance was a bit sketchy. I liked the characters, but I didn't like that it was alluded that they spent the night together. Why go there, as a Christian author? That was my only complaint, though!
Posted by Inklings and Notions at 3:53 PM