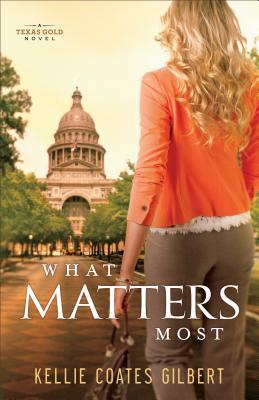 Deeply Emotional Writing Highlights the Complexities of Human Relationships
Leta Breckenridge is forced to drop out of college to care for her dementia-ridden mother. After learning a severely delinquent account may force her mother into a less desirable facility, Leta steps out of her comfort zone and lands a high-paying job at an Austin public relations firm. But her dream job turns into a nightmare when she learns the firm is a front for a political opposition machine--and that the research she's been collecting will be used against her new love interest, Nathan Emerson.
Nathan is a rising political star being pressured to run a bid to unseat the current governor of Texas. He's already in a relationship with a woman much better suited to be a politician's wife, but he's never met anyone like Leta. Could this feisty, challenging woman hold the key to his heart?

My thoughts: This book was an enjoyable glimpse into the world of politics (especially since we have a presidential election coming up) and some of the games that go on behind the scenes.
Leta is just an ordinary woman, trying to make the most of the situation that she has been put into when her mother's dementia kept her from finishing school. When she has the chance to land a decent job that will help her get out from the mountain of debt, she jumps at it, little realizing there will be consequences.
I've enjoyed all the stories that I have read by Kellie, since she does a wonderful job at bringing to life the characters in her stories, along with their situations. This one may be my favorite yet out of her books!
I received this book from Revell in exchange for my honest review.
Posted by Inklings and Notions at 6:44 PM