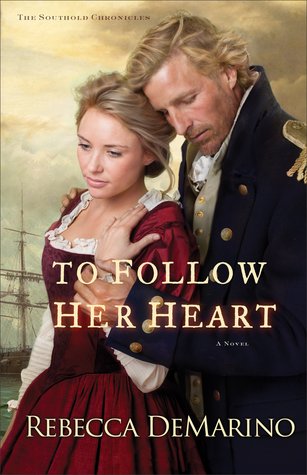 A Satisfying, Emotionally Rich Conclusion to The Southold Chronicles Series

It is 1664 and Patience Terry is devastated to learn that Captain Jeremy Horton's ship has been shipwrecked off the coast of Barbados, with no survivors. She had hoped that Jeremy would someday give up the sea and settle down with her in Southold, Long Island.

Unaware his memorial service is being planned, Jeremy is rescued and aboard a British Naval Gunship with secret orders to attack New Amsterdam and claim it for the British Crown. When he makes his surprise return to Southold--and to an overjoyed Patience--it's not the happily-ever-after his beloved had hoped for.

My thoughts: This is a fascinating, historical series! I thought that Rebecca did a fabulous job of returning readers to Southold for the last book in the series. While I have read a lot of books about the Revolutionary war and all the history that came after the war, I haven't read a whole lot of stories set in the 1600's, so this series was a treat for me. I loved getting to know Patience and Jeremy as they faced impossible situations.
After reading this series, I look forward to seeing what the author will write next!
I received this book from Revell in exchange for my honest review.
Posted by Inklings and Notions at 6:35 PM