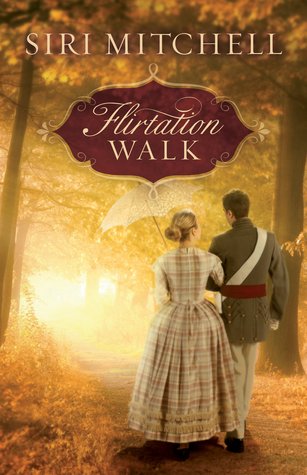 Trying to escape the shambles her con-man father has made of their reputation, Lucinda Curtis arrives in West Point, New York, determined to land a husband from the military academy. Campbell Conklin is first in his class and preparing to embark upon a storied career in the U.S. Army. Lucinda thinks Campbell will make the perfect husband . . . as long as he does not find out about her father.

Seth Westcott also has taken a liking to Lucinda. He's kind, smart . . . and working extremely hard to graduate last. Tradition states that the worst cadets are assigned to the cavalry out west. And west is where Seth must head to track the swindler who stole all of Seth's mother's money. Seth is smart enough to vie for the top spot, but life isn't fair and this is his chance to catch the man who ruined his family. It's too bad Campbell is all shine and no substance, but Lucinda will surely see through all of that, won't she?

My thoughts: I was thrilled to see this book come up for review, since I am a fan of Siri's stories! While this one took me a little bit to get into, it did live up to the expectations I had for it. I love that both the hero and heroine struggle with doing the right thing and changing who they are. Siri does a wonderful job of developing her characters as the story goes along, giving readers an interesting look at life as a West Point cadet in the 1850's, as well as the change in thought that could occur for a con man's daughter as she adjusts to a "normal" life. I liked the characters and how things played out in the end. This one is a great read to add to your "to be read" list!
I received this book from Bethany House in exchange for my honest review.
Posted by Inklings and Notions at 7:16 PM