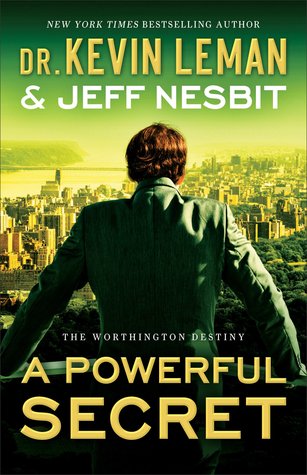 Sean Worthington is shocked when he hears his older brother Will announce that he will not run for New York's Senate seat. In fact, he's angry. All of his efforts as Will's campaign manager are now for nothing--and Sean is left to handle questions from the press while Will walks away without a backward glance. Throughout his life, Sean has felt like an outsider in his own family. And not being told about his brother's plans is just one more piece of evidence that he's right.

Tired of being the odd one out, Sean is determined to forge his own path. Little does he know that it's not easy to escape your family--especially when a powerful secret from the past threatens to explode everything Sean ever believed.

My thoughts: I didn't realize that this book was part of a series when I first agreed to review it. While I think that it would of been better had I read the first book before delving into this one, I still enjoyed the fast pace story and the chance to get to know the characters in it. I like that both authors contribute very different elements to the story: Dr. Leman brings out the difference in birth order for the three Worhtington siblings and how it affects the dynamics of their famil, while Jeff Nesbit does a fabulous job of keeping the story going with all its political twists and turns. This is an excellent read!
I received this book from Revell in exchange for my honest review.
Posted by Inklings and Notions at 12:20 PM