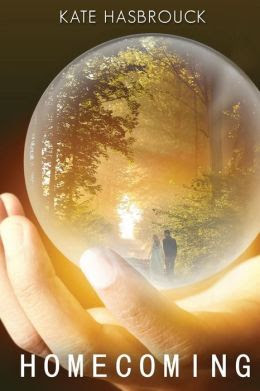 Kerana is being sent to Earth to begin her duty as an Eldurian. Hers are a perfect people, without flaw and without sin, never experiencing the fall of man. Created by God to shepherd His people on Earth, they remain in the shadows, unnoticed. Kerana looks human, speaks like them, and has been taught to act like them. Above all her mission is to serve the humans.

Arriving on Earth, Kerana meets Eli at school. He is an ordinary human, with a father suffering from alcoholism, and a past that threatens to ruin his life. A star scholarship lacrosse player, Eli has to forget his true passion and live in a shell that doesn’t let anyone in. Until he meets Kerana. They find themselves intertwined in a connection that neither can quite explain. When this connection puts the two of them in danger, they find comfort and protection from each other. When Eli discovers that there is more to Kerana than just her stunning looks and grace, the Eldurians and their home planet of Eden may not remain a secret for very long.

My thoughts: I never know what to expect from new authors. Sometimes it is a lot of hype, only to disappoint, while other times the quality of the story and characters blows me away. This book falls into the latter category! From the get go, it pulled me in, as the reader is introduced to the Eldurians, a race that lives in Eden and serves as guardians to the humans. When Kerana is sent to earth for her time as a guardian, things change for all of Eden.
I like the concept of another race, and I think that Kate did a fabulous job of making them unique and explaining their differences from humans. I like the little peaks we get into their lives and how they interact with humans. This is a fun, sweet story that is great for a variety of ages, since it is nice and clean. I look forward to reading the rest of the trilogy! I appreciate that it leaves off where you wonder what happens next, but this part of the story wraps up nicely.
I received this book from the author in exchange for my honest review.
Posted by Inklings and Notions at 6:39 AM