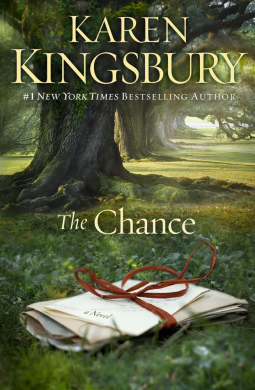 At 15, Ellie Tucker's world is ripped apart when tragedy strikes her family, causing her dad to immediately uproot her and move them from Savannah to San Diego. The eve of their big move, Ellie and her childhood friend, Nolan, write letters to each other and bury them in "their park", promising to return to open the letters in 11 years. So, even if thy wind up being separated through high school and college, they would have an opportunity to meet up again and find out how the other feels about their friendship.
11 years later, Nolan is living the life he had planned at 15, while Ellie's is very different from what she expected. Unable to forget the other, they both look forward to returning to open the others letter.
I thought this was a beautiful story of answered prayers and second chances. The characters were lovely and realistic, dealing with the emotions that I can imagine would come with being separated from your best friend for 11 years.
Another big bonus is the message of forgiveness, even when those we love hurt us.
Another winner by Karen Kingsbury!
Posted by Inklings and Notions at 1:40 PM