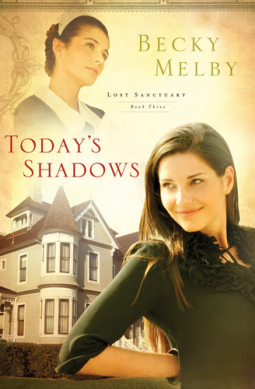 When Heather Conrad leaves her job in hotel management to follow her pipe dream of opening a coffee shop chain, she lands in Racine, Wisconsin. House sitting for her old boss, and playing nanny to her former boss's seven year old, things quickly deviate from the vacation plan Heather had. Things grow strange as people begin randomly, and not so randomly, popping in to her life. Not to mention, the old house she is staying is has not only secret rooms, but a story of its own.
I like that the story bounced between two sets of characters, one set in 1911-1912, and the other in present day. While it was a bit hard to get into to the story, after a bit, there is so much going on that you want to see how it all ends. The characters were engaging, albeit rather shallow at times. I give this story a four out of five.
Posted by Inklings and Notions at 9:36 AM