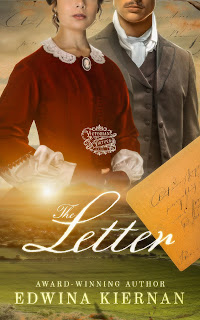 She wants a new life.

He’s in danger of losing his.

Will love solve everything — or immerse them in even worse peril?

Restless and ready for a change, Grace Stratton gladly accepts the opportunity to leave her remote parsonage home to serve as a wealthy spinster’s companion in the idyllic country town of Lindenfell. Its warm atmosphere and friendly inhabitants sooth Grace’s lonely heart. But when a mysterious stranger arrives, she soon discovers things aren’t always what they seem.

Convinced chloroform will revolutionise the medical world, Dr. David Carbury frequently administers it to his London patients — until one of them dies. Facing a grave trial to prove his innocence and defend a drug most people view as poisonous, he makes hasty plans to buy time to bolster his case. But he wasn’t expecting to face an even deadlier challenge.

As attraction sparks not long after they meet, Grace soon suspects he’s hiding something, and David knows he can’t run from the truth forever.

Immersed in faith and intrigue, this Christian Victorian romance from award-winning author Edwina Kiernan will encourage and delight you long after you turn the last page. Pre-order your copy today!

David stared at him, a sickening sensation coiling in his gut. “No. Augustus, you know as well as I do — there are doctors up and down the country who are using it now — for all kinds of conditions — why, plenty of surgeons use far larger doses than I! It is safe. And I gave Mr. Edwards an appropriate dosage, I know I did!”

Augustus slowly raised his eyes to look at David. “Well, that matters little enough now. The man is gone.”

A chill plunged through David’s heart. “What do you mean, it matters little enough now? It matters a great deal, Augustus! I administered a safe dosage. It was not the chloroform that ended his life, it was the cholera for which we were treating him, that is—”

“You. For which you were treating him. Do not drag me into this, Carbury. I never liked the idea of using that terrible liquid. The culpability for his death is squarely upon your own head.”

David gaped. “Augustus? What do you—”

“I never wanted to have anything to do with it all in the first place, David. You knew that. But you insisted that soon use of this horrid substance would become standard practice. That other physicians would laud us as one of the first to adopt it.” He exhaled bitter contempt. “I only wish I had adhered to my own judgement.” He cast his gaze at the floor again. “Had I done so, that man might still be alive.”

Posted by Inklings and Notions at 7:44 PM