Perfectionistic librarian Jacqui Penn is ripped up by the roots when she’s dumped by her longtime boyfriend. She is drawn two thousand miles west across Canada to the last place she ever thought could offer stability—the old homestead where her father grew up.

Renovating the derelict house soon becomes a personal battle as it stubbornly resists her efforts. While Jacqui struggles to renew the home, she spends time with the family Pops bitterly resented. Her hunger for roots grows stronger as she fights to discover the long-buried reasons her father fled the house as a beleaguered teen. But will she ever find the belonging she craves?

My thoughts: When Jaqui gets the courage to leave a toxic relationship, she finds herself going back to her roots and the property that she inherited. I liked that this story was a bout new beginnings and family mysteries. The author doesn't shy away from some difficult subjects, tackling them fairly well. I didn't always love Jaqui's voice, but that is just a personal preference. This book has some of the characters from Eleanor Bertin's other Mosaic stories, so fans will be thrilled to catch up with them. This story works well as a stand alone.

Eleanor Bertin loves books, people, and the sweeping skies of the Canadian Prairies where she was raised.

She studied Communications in college and returned to writing after raising and home-educating a family of seven children. The author of Lifelines, Unbound, Tethered, and the memoir, Pall of Silence about her late son, Paul, she lives in central Alberta with her husband and youngest son where, much like Jacqui, they are coaxing to life a century home.

Long before Jacqui came to be, I had the title Tethered, drawn from the first book in the Ties that Bind series, Lifelines. I was taken by the rope imagery that played so well into biblical themes of God drawing people to Himself. The second book, Unbound, deals with the way cables of guilt and fear can keep us in bondage to legalism.

But ropes have positive uses too. Tethered explores how ties of family and home provide the roots and grounding we all crave. Through each of the books, we see Anna, a widow of deep trust in God. She may seem insignificant, but her influence is powerful. Through her Jacqui, who’s been raised by Anna’s bitter brother, finds the foundation on which her family history is built, and makes it her own.

One of my favourite scenes in Tethered is where Anna teaches Jacqui to bake pie. It’s a piece lifted from my own life. My mother, now 94, was renowned for her pies, which she often gave to the bereaved or struggling. Like Anna, she generously taught her techniques and tips to the women of our family who carry on the tradition.

Here’s where Mom’s tips make all the difference. We don’t freeze whole pies. Instead, we freeze pie crusts already rolled out to size, layered between parchment paper, or better still, the plastic liners from cereal packaging cut to size. (Mom was “green” long before it was fashionable.) Making a batch of skins ahead of time saves space in the freezer compared to fully assembled pies, yields a fresher result when baked, and saves so much time. Whenever you want a pie, pull out a couple of the prepared crusts. While they quickly thaw, prepare your pie filling, assemble, and bake! Even our menfolk have been able to proudly say they baked a pie themselves.

Here is the recipe we use:

In mixer, mix dry ingredients together. Then, a half cup at a time, cut in (with wire whips):

1 lb. lard (vegetable shortening will not give the desired flakiness)

Cut into flour mixture until crumbled to the size of peas. Do not overmix!

In a 2-cup measuring cup, beat:

Add enough cold water to the liquid to make 1 cup. Then add to flour/lard mixture.

Using dough hooks, mix gently just until dough forms and will hold together. Again, do not overmix.

On each floured piece of cereal box plastic, roll out pastry from the center outward to just over 1/8-inch thickness. Keep flouring the rolling pin to prevent sticking.

Cut the crust to size of pie plate with ½ inch extra all around. Re-roll the scraps into the next ball of dough.

Freeze skins in a plastic pie keeper or even in a zippered plastic bag on a flat surface.

For Him and My Family, October 2

For the Love of Literature, October 3 (Author Interview) 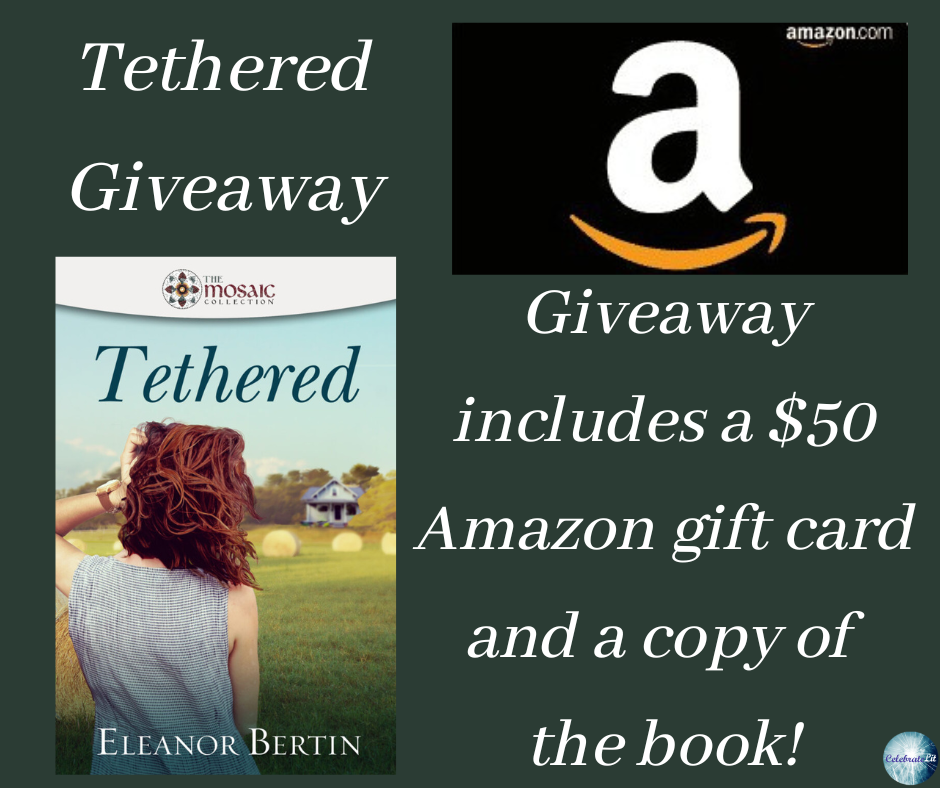 To celebrate her tour, Eleanor is giving away the grand prize package of a $50 Amazon gift card and a copy of the book!!

Posted by Inklings and Notions at 7:26 PM