Separated from each other at rival camps by a shared lake, the bond of the Rubber Band is challenged. Lead guitar player, Eddie attends a rustic camp for diabetics while across the lake, the rest of the band is at a posh resort for elite rich people’s children, sponsored by lead singer, Becca. During the annual Olympics between camps, the sabotage of a high-stakes kayak race threatens to sink friendships. From the moment they step off the bus to the last day of goodbyes, it’s a non-stop, hilarious and fun-filled first time-at-camp experience for the guys all while Becca is bullied by a long-time rival. Although both summer camps bring new possibilities, will it strengthen the bond of the band and change hearts or stretch them apart?

My thoughts: Summer camp was a highlight of summer when I was a kid, so it was fun to remember that feeling when I read this story.
The Rubber-Band is put to the test when their group is split between two camps that have some rivalry going on. As the kids experience new things and make friends, they also must work on some challenges and grow up a bit. I enjoyed this story and the information that it had on the diabetes camp. My dad has diabetes, but I had never heard of a dog trained to help it's owner with low blood sugar!
This is a fun summer read to pick up and enjoy! I recommend reading the previous books before diving in to this one.
I received this book from Celebrate Lit. This is my honest review.

At age twenty-five, she was diagnosed with type-one diabetes but refuses to let it limit her. Her diabetic alert dog, Aiden, has saved her life uncountable times and will appear The Rubber Band Snaps, the fourth book in the series. Christy lives by this equation: Living + diabetes = LIVE-abetes.

Christy is a freelance editor and writes children’s Bible stories for Focus on the Family ClubHouse magazine and has written articles for Guideposts. She is a featured speaker for conferences, retreats and special events. Christy lives in eastern Tennessee with husband Kevin, the love of her life. They have three grown children.

If you have ever been to summer camp, I guarantee you will enjoy the Rubber Band’s newest adventure. It takes place at two camps across the lake from each other. Although this is a fictional story, some of it is based on reality. Bearskin Meadow Diabetes Camp does exist and some of the names I used are real people who have given me permission to honor them and what they do. Becca’s exaggerated outdoor adventure camp is, however, purely non-existent and based only on my imagination.

I couldn’t resist writing this light-hearted, fun-filled, nonstop adventure for the band but not without its serious message that I am hoping will encourage strength in my readers.

One week at Bible camp was always the highlight of my summer, giving me something to look forward to. The week always ended too soon for me. Fresh out of high school, I flew to Southern California and worked as a counselor for inner-city kids at a Salvation Army camp in Malibu. It was so much fun, I worked three more summers at various camps on the East Coast and then two more back in Malibu. It was inevitable I would write about the experiences one day.

If you want to experience the camp Eddie attends, check it out here: https://dyf.org/why-camp/

In order to get to Bearskin Meadow, you must travel through Sequoia National Park. Take a sneak peek at its thousand-year-old trees here: https://www.fs.usda.gov/main/sequoia/home

For Him and My Family, August 7

Lights in a Dark World, August 13 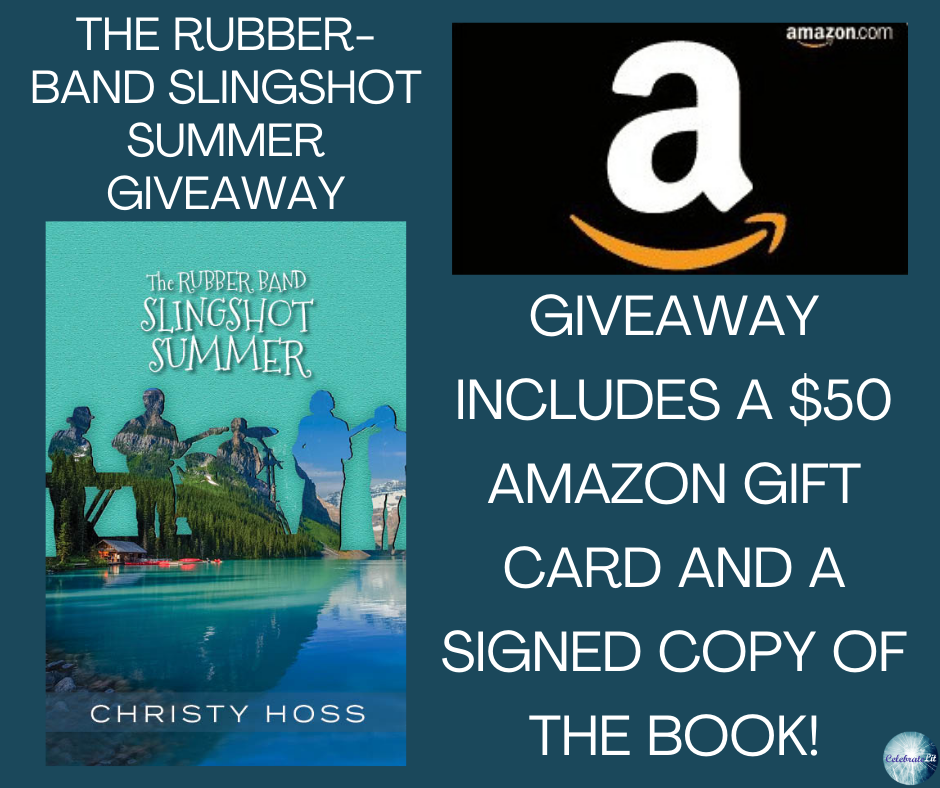 To celebrate her tour, Christy is giving away the grand prize of a $50 Amazon gift card and a signed copy of the book!!

Posted by Inklings and Notions at 8:21 PM