The Epic Story of RJ and York

Welcome to the Blog + Review Tour for The Epic Story of RJ and York by Susan May Warren, hosted by JustRead Publicity Tours!

It’s an epic adventure across Europe, from France to Italy, to Germany and even Russia in this riveting, fun, romantic, enthralling trilogy about true love, honor, and the cost of, well, saving the world. 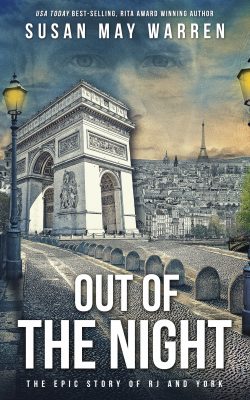 The romantic trilogy ignites in book one of the Epic Story of RJ and York!

He’s not looking for trouble…
All former spy and current national security agent York Newgate wants is to propose to the woman he loves, RJ Marshall. Then they can move to Shelly, Washington, and start the calm, safe life he’s been dreaming of for over a year.
Too bad trouble doesn’t agree…
Or maybe RJ simply attracts trouble because she’s just going out for coffee when she spots a wanted, known terrorist standing in the middle of a street in Paris. At least she thinks it’s international criminal Alan Martin, the mastermind behind a plot to kill the president. But he's in jail, right? Wrong. Martin has escaped, and it’s up to RJ—and York—to keep him in their sights until he can be apprehended. But chasing down Martin means following him into the darkness of whatever plot he's cooked up now.
Will he ever outrun trouble to find his happy ending?
So much for York’s epic proposal. Now, he just wants to escape Europe with their lives.
PURCHASE LINKS*: Goodreads | Amazon | Barnes & Noble
My review: I enjoyed reading the Montana Marshall's series and learning all about RJ's family, along with being introduced to York. So, I was thrilled to read more about their adventures! I would recommend at least reading Ruby Jane before picking this series up. Out of the Night is a fast paced story from the get go! RJ is bound and determined to become a spy, instead of pursuing her current boring job. When an innocent trip turns into a race to keep out of the sights of a dangerous criminal, the couple sets off on a, well, epic adventure! 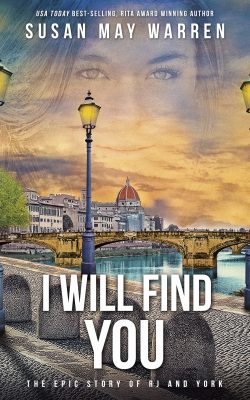 The gripping romantic adventure continues across Europe in this second installment of the Epic Story of RJ and York!
The woman he loves has vanished…
When RJ Marshall said she’d be right back, York should have objected. No, he wasn’t going to let her run off to Berlin, even if it was to save a little girl. Only problem—she’d told him this while he was unconscious. So really, it doesn’t count, and it’s not his fault that she’s gone missing. And, he didn’t know why he expected RJ not to chase danger into trouble. But now he has to find her before criminal mastermind Alan Martin tracks her down.
She’s in over her head…
RJ didn’t mean to leave York behind, but she’s on a mission to save a little girl caught in the crossfire of Martin’s terrorist plot. Now, she’ll have to find the girl and keep her safe while leaving clues for York to follow her.
But who will catch up to her first—York, or the man with a vendetta?
PURCHASE LINKS*: Goodreads | Amazon | Barnes & Noble
My thoughts: I am so glad that this series released at the same time, since then I didn't have to wait to pick this book up! The first one leaves off with York in bad shape and RJ on a mission to (she hopes) finish things up quickly. But, life never quite goes as one plans, and she is forced to figure out who she can trust and how to get out of a jam, all while trying to figure out what is really going on. Another fast paced story! 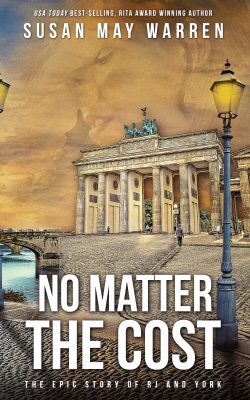 The riveting conclusion to the Epic Story of RJ and York!
Her worst nightmare has happened….
RJ refuses to believe it, and until she has proof, she’s going to keep searching for answers. And most of all, for the man she loves, even if it means diving into the past he always wanted to keep secret. The kind of secrets that could have set York free. It’ll take a trip back to Russia, to the sketchy and dark history of York’s life to find the clues to the sinister plans of a global terrorist. And the answers that might lead her to a happy ending.
Or has it? What if her happy ending is more than a dream?
If RJ hopes to save her country—and find out the truth about York—she’ll have to become the high-action, Sydney Bristow spy that she always dreamed of being. But really, does RJ really have what it takes—with, or without the man she loves—to save the world?
And if she does…what will be the cost?
PURCHASE LINKS*: Goodreads | Amazon | Barnes & Noble
My thoughts: In the final book of RJ and York's adventures, they are still running from a terrorist and trying to get to the bottom of what is really going on. This book does a wonderful job of bringing all of the stories together and giving readers a satisfying conclusion, even though it doesn't seem like it will get there with all the twists and turns to the story! I enjoyed the characters and how fast paced this series is! It's the perfect series to enjoy as the weather gets cooler.
I received this book from Just Read. This is my honest review. 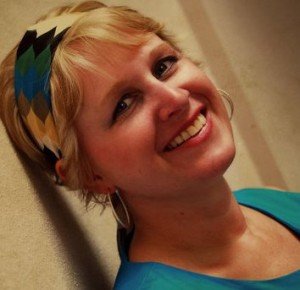 Connect with Susan by visiting susanmaywarren.com to follow her on social media or subscribe to email newsletter updates.

(1) winner will receive a paperback set of The Epic Story of RJ and York trilogy. 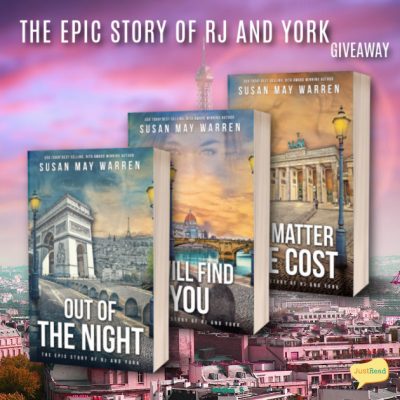 Be sure to check out each stop on the tour for more chances to win. Full tour schedule linked below. Giveaway began at midnight August 2, 2022 and lasts through 11:59 PM EST on August 9, 2022. US only. Items may vary from image. Winner will be notified within 2 weeks of close of the giveaway and given 48 hours to respond or risk forfeiture of prize. Void where prohibited by law or logistics.

Posted by Inklings and Notions at 8:39 PM