Having grown up on their own show in Hollywood, Christian sister-and-brother actors Staci and Mike Whitaker have now married and raised their own families out of the limelight. Life away from Hollywood’s glamour has given them new perspectives on family and culture.

Fate reboots their old show and summons Staci, and Mike’s wife Celeste, to a fresh chance at entertaining modern families. After much discussion, they carefully accept. But when the show goes horribly awry, Staci, Celeste, and even Mike find themselves sorely tempted and even tricked into violating their most cherished ideals.

How will they find their way back, when all around them seems aimed towards darkness?

My thoughts: I have often thought about how hard it would be to work in Hollywood and maintain Christian values and morals, especially when the world wants sensational. This book did an excellent job of portraying a Christian family that is dragged into the world of glamor and glitz. I can imagine that there is a draw for the fame and the hope that one can be a good witness, but it would also be very hard to make sure your words aren't misconstrued. I thought that the author wrote a thought provoking story about Staci, Mike and their families!
I received this book from Celebrate Lit. This is my honest review.

John R. Price is a Christian, loving husband, college teacher, and writer in Central Arkansas. For over 40 years, he has loved watching classic television and following the entertainment industry as a hobby. He also enjoys studying Christian apologetics. He is married to Anna, his wife, who helped edit his first Christian novel, “Bobby Girls: A Novel.”

I wrote the book as a Christian response to a well-known actor starring in a popular television show reboot. I thought the topic would be an interesting fictional exploration what actors and fans should consider when a TV show seems to compromise an actor’s values.

I chose the Dallas metroplex as the main setting because I have visited the area several times. As a child in the early 1980s, I remember watching two Dallas TV stations on cable TV.

Because I said so — and other adventures in Parenting, August 18 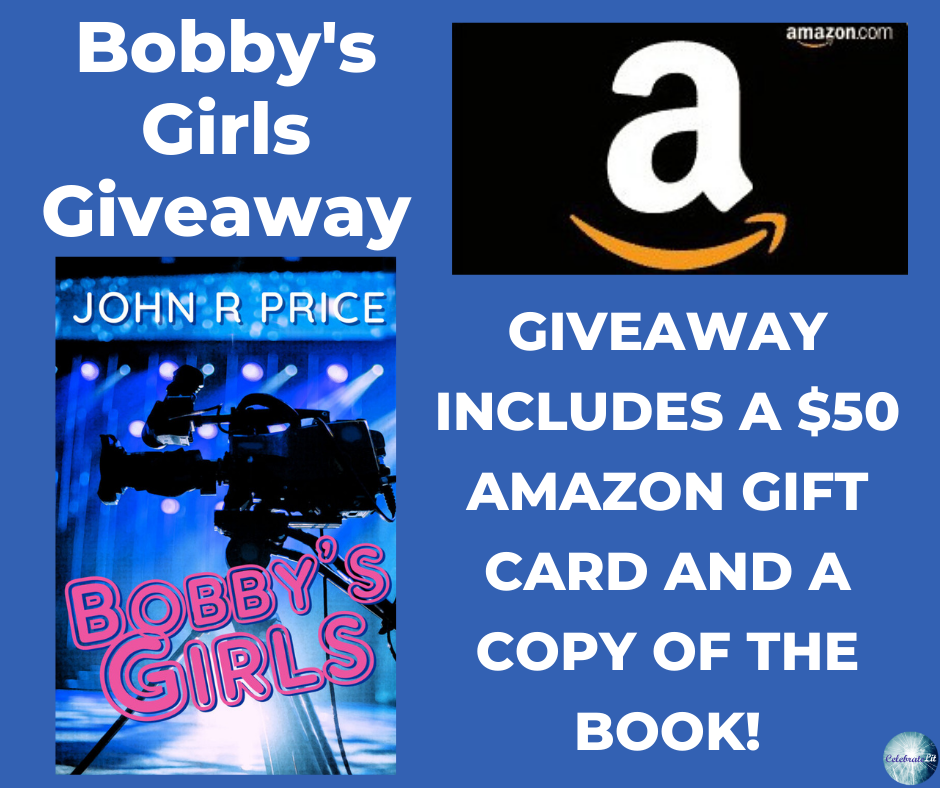 To celebrate his tour, John is giving away the grand prize package of a $50 Amazon Gift Card and a copy of the book!!