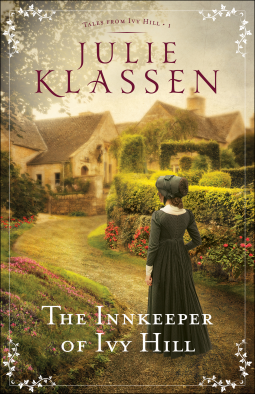 My thoughts: I have enjoyed many of Julie's books in the past, but all of her other books have been stand alone titles. With this book, she is taking on writing a series. I love how this book is set in a small town and tells the story of several different women, two widows and two single ladies, along with bringing out the stories of several of the secondary characters. I love how quaint this series is, and I mean that in the best way possible! You feel like you have been invited to stay at a lovely small town in Regency England and allowed the chance to get to know a vast array of characters. Since it is a series, there were a few things resolved at the end of the story, but a lot left hanging, so I am eagerly awaiting the next book! The bad news? It doesn't come out until the end of the year...:)
I received this book from Bethany House in exchange for my honest review.
Posted by Inklings and Notions at 6:38 PM