A year into a blissfully happy marriage, Violet Angel admits to a dose of skepticism. She’s not married, granted—but as the closest friend of the bride and groom, she feels she has a perspective no one but the people directly involved could have. There’s no such thing as a happy ending, and it’s only a matter of time before the castle in the sky plummets to earth.

If only Violet were always wrong instead of just mostly wrong. Ivy McAllen doesn’t believe she and her new husband are out of the honeymoon period—if they are, she isn’t going to admit it to herself—but there are certainly areas of adjustment that she hadn’t expected.

Changes at the village of Keefmore and in Ivy’s life lead to complications, and Violet spirals further and further from reality. When a castle in the sky turns to be more cloud than stronghold, finding a foothold proves to be more than a little difficult.

My thoughts: For those who have followed this series, this book brings adds quite a bit to the story of Ivy and Violet. Ivy is now married, and would like things to follow the natural progression (in her mind) of becoming a mother. But, her husband is resisting the idea to become parents. I love how the author shows their need to communicate. Ivy is introduced to some Godly women in her life who show the reader what a blessing a mento can be to a young woman, especially with navigating the new path of marriage.
Violet struggles with disillusions and people begin to notice her spiraling. I hope that there will be another book to bring her story full circle.
This story deals with some difficult subjects, so it isn't geared toward younger readers. The author does handle the gritty subjects well though.
I received this book from Celebrate Lit. This is my honest review. 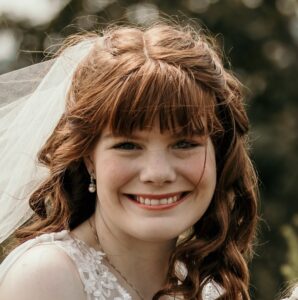 Kellyn Roth is a historical romance & women’s fiction author who writes about the empty places where hope has the most room to grow. Her novels include the inspirational Victorian family saga, The Chronicles of Alice and Ivy, and the Kees & Colliers series, which follows a broken family in the tumultuous years of the first half of the 20th century.

Kellyn is a student of the Author Conservatory and a writing coach. When not building her author career, she is likely getting lost somewhere in the Pacific Northwest with her friends, watching period dramas and facetious comedies, or spending time with her husband.

After Our Castle was a book I didn’t think I would ever write. Oh, I considered writing a short story or two about the early years of Ivy and Jordy’s marriage, yes, but it wasn’t until last year that I decided that I would write a full-length novel.

Why did I hesitate? I’m writing a family saga, after all, and I plan on covering every stage of my characters’ lives in the 10+ books I’m planning (this being book 6). Well, I didn’t think there was anything to be discussed about Ivy and Jordy’s early married days, as there was with my other book couple, Alice and Peter. Nothing interesting, I thought, happens until 1890, eight years into their union. So why write about anything before then?

Then I realized just how much backstory I was packing into that book. And I realized that, for my writing style, there are so many little things that can add up into a book. And that became the story that is After Our Castle.

The novel wasn’t an easy one to write. It required a lot of subtlety and doesn’t precisely have the most perfect ending. But I knew, if I wanted to set up book 8, I would have to write the novel this way.

So here we go. Another book I wasn’t sure about–but that careful writing and even more careful editing, along with a lot of prayer, have turned into a story I’m actually rather proud of.

I hope you enjoy After Our Castle!

For Him and My Family, October 22

Spoken from the Heart, October 31 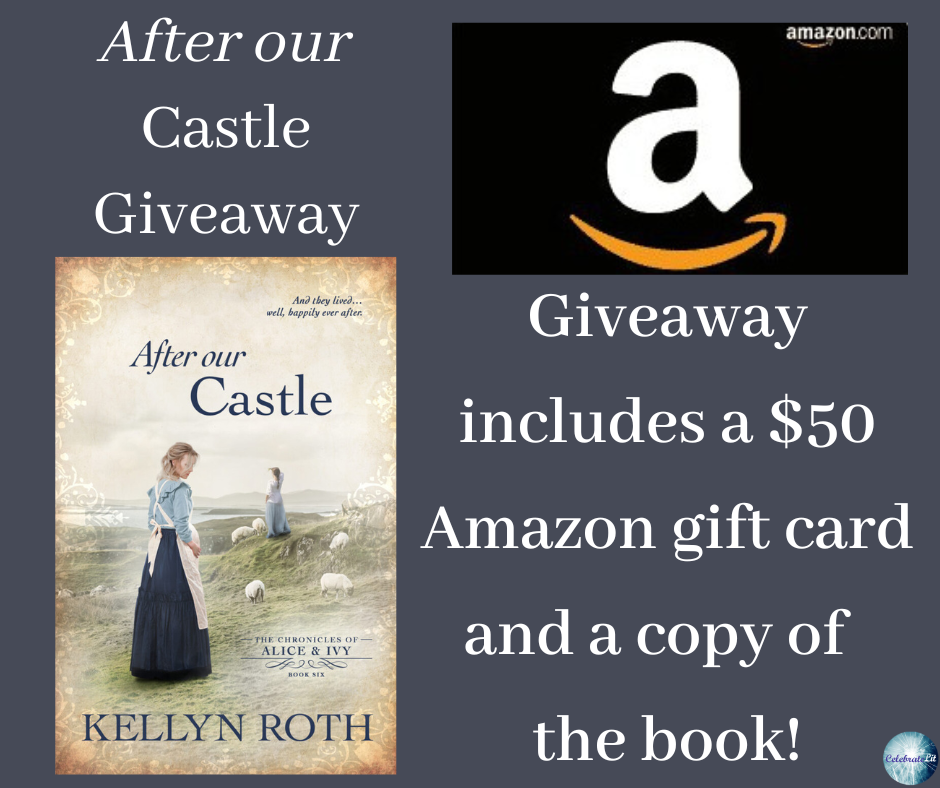 To celebrate her tour, Kellyn is giving away the grand prize package of a $50 Amazon gift card and a copy of the book!!