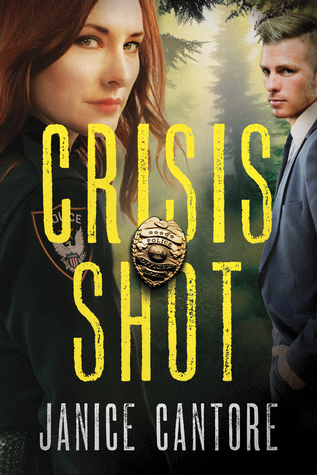 Tess O'Rourke dreams of becoming the first female chief of police in Long Beach, California. As commander of the East Division, she is well on her way . . . until the night she responds to an officer-needs-assistance call and fatally shoots an unarmed teenager. Despite being cleared of wrongdoing by a grand jury, Tess is so hounded by the public that she takes a job in Oregon to escape the bad press.

Winning over the residents of Rogue's Hollow might be more difficult than adjusting to her new role as police chief in the small, backwater town. Especially when her closest friend, the pastor's wife, goes missing and the woman's cousin is found shot. Tess finds an ally in sheriff's deputy Steve Logan, but as they track down Rogue's Hollow's first murderer, she worries that she's breaking one of her rules and getting too close to him.

My thoughts: I haven't read any of Janice's previous stories, but my sister has raved about them, so I picked this one up. It was excellent! I love how the story tackles social issues, like the recent problems with attacks on police officers. I was a bit horrified by how much of a mess one blogger made in this story, but I think I was even more horrified that things like this story actually happen.
The mystery and suspense of the story are driving, which makes it hard to put down! I love how we get glimpses into other sides of the story. Two thumbs up! I look forward to reading more of Janice's books!
I received this book from Tyndale in exchange for my honest review.
Posted by Inklings and Notions at 7:40 PM