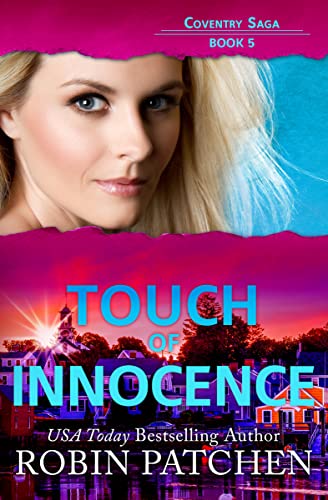 “Look at that,” Grace said. “I love the colors you chose.”

“Sweetie, would you do me a favor?”

Lily’s eyes widened as if in fear.

“Would you please not move my things without asking me?”

She blinked a couple of times, then nodded.

Lily returned to her coloring as Grace settled beside her.

“How was your schoolwork today?”

The day they’d first met, it had taken Grace a solid ten minutes to get a word out of Lily.

“What was the most interesting thing you learned?”

Lily set down her crayon and looked up. “Did you know flowers have boy parts and girl parts, just like people?”

“Is that right? What are they called?”

She tilted her head to the side. “The boy part is the stamen, and the girl part is the pistil. They’re not like people parts, though, because every flower has both, and people only have one or the other.”

“What a good memory you have.” She was trying to think of a follow-up question, but Lily wasn’t finished.

“They don’t look the same as boy and girl parts, either. And they don’t work the same way.”

From a USA Today bestselling author comes a gripping story of mystery, romance, and pulse-pounding suspense.

How can she save the little girl next door from being exploited if nobody believes her?

Grace used to try to save people, but that was before she realized how powerless she is. Now, she avoids emotional ties, working from her secluded cabin, content with her aloneness. When eight-year-old Lily starts hanging around, Grace enjoys her company but carefully keeps her distance—until she discovers the girl is being exploited. Little though she wants to, she must get involved, even if it means risking her own safety to secure Lily’s.

Andrew can’t help but be drawn to his new neighbor and her beautiful foster child. When he learns about Lily’s disturbing history, he offers to help Grace prove her suspicions about the girl’s father. But the more they learn, the more puzzling Lily’s history seems. They work together to unravel the mystery, determined to ensure Lily ends up with a family who loves her.

But Lily’s father isn’t giving up his muse—or his obsession—that easily. He believes Lily is rightfully his, and he’ll do anything to get her back.

Don't miss this thrilling page-turner, the latest in the addictive Coventry Saga.