The Girl Who Could Breathe Underwater 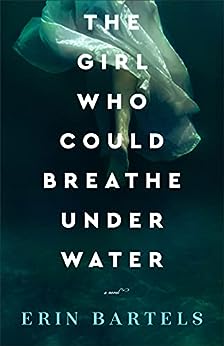 The best fiction simply tells the truth.But the truth is never simple.When novelist Kendra Brennan moves into her grandfather's old cabin on Hidden Lake, she has a problem and a plan. The problem? An inflammatory letter from A Very Disappointed Reader. The plan? To confront Tyler, her childhood best friend's brother--and the man who inspired the antagonist in her first book. If she can prove that she told the truth about what happened during those long-ago summers, perhaps she can put the letter's claims to rest and meet the swiftly approaching deadline for her next book.But what she discovers as she delves into the murky past is not what she expected. While facing Tyler isn't easy, facing the consequences of her failed friendship with his sister, Cami, may be the hardest thing she's ever had to do.Plumb the depths of the human heart with this emotional exploration of how a friendship dies, how we can face the unforgivable, and how even those who have been hurt can learn to love with abandon.Praise for the novels of Erin Bartels"Bartels proves herself a master wordsmith and storyteller."--Library Journal starred review of All That We Carried"A story of love found in the written word and love found because of the written word."--Booklist on The Words between Us"A deeply moving story of heartbreak, long-held secrets, and the bonds of family."--Publishers Weekly starred review of We Hope for Better Things

My thoughts: I don't know where to start with this book. In a lot of ways, while I wondered if it would deal with rape once I got into, I was kind of blindsided that there was no warning that the subject would be such a hard one, especially for some readers. The book was kind of like watching a car wreck and being unable to turn away, since adult Kendra is escaping to the cabin by the lake that held so many memories in hopes that it will help spark her next book idea.

As for the story, it made my heart break. The story deals with rape, sex trafficking, under age drinking, pre-marital sex, and too many secrets. I didn't understand Kendra opening her home to a complete (male) stranger, especially with the house setup as it was. And, I know that what Tyler went through was awful, but he does not get a pass to ruin others lives because of it. I also don't get where his adopted parents thought that it was a good idea to bring him into a family that had a young girl in it.

While Andreas is a breath of fresh air, I wish that this story had a little more resolution. I know that this book deals with a difficult subject, but it was missing something.

Posted by Inklings and Notions at 7:18 PM