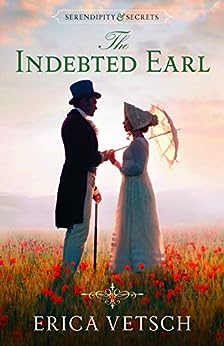 Can Captain Wyvern keep his new marriage of convenience all business--or will it turn into something more?Captain Charles Wyvern owes a great debt to the man who saved his life--especially since Major Richardson lost his own life in the process. The best way to honor that hero's dying wish is for Wyvern to escort the man’s grieving fiancée and mother safely to a new cottage home by the sea. But along the way, he learns of another obligation that has fallen on his shoulders: his uncle has died and the captain is now the Earl of Rothwell.When he and the ladies arrive at his new manor house in Devon, they discover an estate in need of a leader and a gaggle of girls, all wards of the former earl. War the new earl knows; young ladies and properties he does not. Still wishing to provide for the bereaved Lady Sophia Haverly, Charles proposes a marriage of convenience.Sophie is surprised to find she isn't opposed to the idea. It will help her care for her betrothed's elderly mother, and she's already fallen in love with the wayward girls on the Rothwell estate. This alliance is a chance to repay the captain who has done so much for her care, as well as divert her attention from her grief. When Wyvern returns to his sea commission, she'll stay behind to oversee his property and wards.It sounds so simple. Until the stalwart captain is arrested on suspicion of smuggling, and Sophie realizes how much he's come to mean to her. Now she'll have to learn to fight, not only for his freedom but also for his love.

My thoughts: While I have enjoyed each of the books in this series and the variety of characters that they have showcased, I think that this story is my favorite, because Sophie is just such a wonderful heroine! Not one to allow herself to be confined by the thought of presenting herself as the perfect Regency lady, loss and heartbreak have tempered some of her exuberance from the previous story, but it hasn't affected her kindness. She is just the sort of young woman that I hope my daughter will become, as she continues to take care of her deceased fiancé's mother and takes on even more when she agrees to marry Charles. This is a wonderful, beautiful Regency era story!

I received this book from the publisher through Books with Audra. This is my honest review.

Posted by Inklings and Notions at 12:30 AM