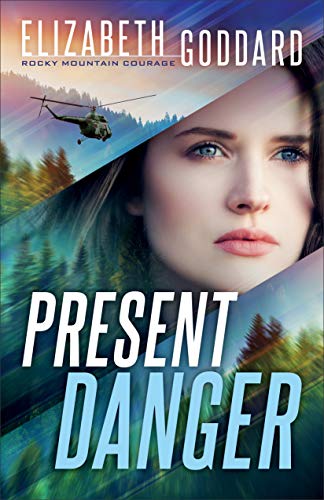 Former FBI Special Agent Jack Tanner is working as a detective in Montana when he comes across a body in the national forest during a search and rescue mission. He's committed to finding the killer, even if it means working alongside his old flame, US Forest Service Special Agent Terra Connors.When Terra discovers that the murder victim had ties to a powerful and dangerous trafficker of archaeological artifacts, the investigation takes a deadly turn--one that hits too close to home. As Terra fears she lacks the courage to face what comes next, Jack is more determined than ever to protect her. But he's failed her before. And if he fails this time, it will cost them far more than just their hearts.Join bestselling and award-winning author Elizabeth Goddard as she plunges you into a web of deceit made of hidden crimes, open threats, and long-buried family secrets in this gripping first book of an explosive new series.

My thoughts: This mystery has so much going on! A mysterious pilot is on the run after crashing his plane on the last flight he was suppose to take. Former sweethearts are thrown together to work on a case when they find a body in the national forest. With all the random, seemingly loose ends about the case, Terra and Jack must put aside past hurts and fears to race against the clock to find out what has been going on in their national park.

I thought that this series was off to a great start with this book! I wasn't sure if I was missing something (like a tie to previous stories by the author) with this book, but I think it was more just that backstory between the characters that comes to light as the book progresses. It drove me a little crazy at first, until pieces started falling in to place. Now that I have read the first book in the series, I look forward to reading the next book that comes out!