Is a marriage of convenience the answer?

Franklin Vine has worked hard to build the ranch he inherited into one of the most successful in the majestic Colorado mountains. If only he had an heir to one day inherit the legacy he’s building. But he was burned once in the worst way, and he doesn’t plan to open his heart to another woman. Even if that means he’ll eventually have to divide up his spread among the most loyal of his hired hands.

When Lorinda Sullivan is finally out from under the control of men who made all the decisions in her life, she promises herself she’ll never allow a man to make choices for her again. But without a home in the midst of a hard Rocky Mountain winter, she has to do something to provide for her infant son.

A marriage of convenience seems like the perfect arrangement, yet the stakes quickly become much higher than either of them ever planned. When hearts become entangled, the increasing danger may change their lives forever.

My thoughts: I enjoyed this marriage of convenience story, since it wasn't just a story about a couple who is forced into marriage by circumstances, but there is also some mystery surrounding what happened to Lorinda's first husband, leaving her with a young son to think of. The different layers to this story are enjoyable to uncover. This is a wonderful, clean romance to pick up and enjoy. 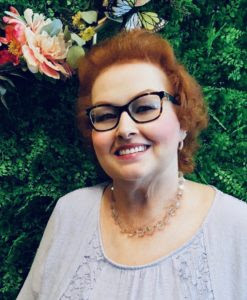 Lena Nelson Dooley has been an author for 36 years. Her 51st book released in June 2020. Raised in Arkansas, she married a Texan 56 years ago. They have lived in the Dallas-Fort Worth Metroplex for decades. She is an active member of ACFW and one of the founding members the DFW local chapter. She’s often been a speaker for other writers’ groups and conferences, both as a keynote speaker and a workshop teacher. Her fans love reading her books filled with characters who grip your heart.

THE STORY BEHIND A HEART’S GIFT

I’ve been a lover of history for decades. In college and graduate school, all my elective courses were history. Of course, I chose the countries and eras I wanted to learn about. When I began writing novels, my first one was a contemporary story. After that at least 75% or more of my novels have been historical, from 1805 through the early 20th century.

I’ve always been fascinated by the relationship between Joseph and Mary the mother of Jesus. The Bible doesn’t give us a lot of information about their relationship. But by his actions, we can assume that Joseph believed the angel and Mary about her baby. He didn’t do the usual thing and put her away quietly. Instead, he protected her, and from the day He was born, he became the earthly father of Jesus. I’ve often thought about what that meant for Joseph and for Mary. When I wrote a story of a marriage between a man and a single mother, I used the emotions that I feel God has revealed to me about their relationship.

The first time I read a marriage of convenience novel, I loved it. And I’ve read quite a few. I’ve also written a few. A Heart’s Gift is one of them. This book was an easy and interesting book to write.

I’m what’s called in the industry a seat-of-the-pants author, more or less. I do have the complete outline of the story in my head. When I sit down to write, I know where I’m going, but I don’t have every single scene plotted out as some authors do. And I pray a lot. During the time I’m writing a book, God drops ideas into my mind. Not just while I’m writing, but other times, too. That’s the exciting thing about writing. This keeps it fresh for me.

During the writing of A Heart’s Gift, there’s a place where I just stopped and said, “God, what am I going to do now?” When you get there, you’ll know what scene I mean, but I don’t want to give a spoiler.

I never dreamed that the book would turn into a suspense novel in the last quarter of the book, but God knew. And it made it a better book.

Writing from the Heart Land, January 17

For Him and My Family, January 22

Labor Not in Vain, January 22

To Everything There Is A Season, January 24

To celebrate her tour, Lena is giving away the grand prize of a $50 Amazon gift card!!