Set against the backdrop of the sport of freerunning, Kia must decide whether she will continue running or face her past abuser in order to save another child.

Night is Kia’s favorite time, when she freeruns to outdistance the memories of abuse she suffered as a young child. But when former reality television star Terrence Jones arrives at their school as the new head track coach, things begin to change in unpredictable ways. Kia tries out for the team to fit in, but just as she’s gaining a new sense of normal, her abuser steps back into her life. Not only that, but being on the track team causes even more turmoil. Why does the assistant coach, Cassandra Clark, dislike Terrence Jones so much, and even more troubling, why does Coach Clark dislike her so much? As the pieces of the puzzle begin to come together, Kia realizes she has to choose between running from her past or saving a child from the same sort of abuse she suffered. But will she have the courage to do so?

My thoughts: This book is one that was hard to read at times, since it deals with the difficult subject of abuse and speaking out against it. My heart broke for Kia as she was put in the path of her abuser once again when her grandfather moves in with them. I just couldn't wrap my mind around how her mother would allow her daughter to be put in that position. It broke my heart when Thorn, her good friend, shares about Jesus with her and Kia has a hard time with the concept of a loving God due to what has happened to her.

The author does a wonderful job of handling a sensitive topic. This is an excellent book to pick up for older teens. It's a reminder to not let the abuser silence your voice. 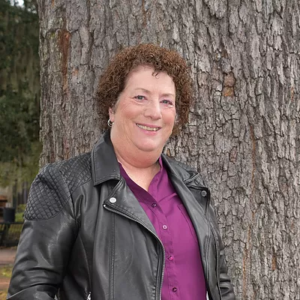 Kathy grew up in northern Indiana, lived in three different continents while her husband was in the USAF, and now lives in the Florida Panhandle. She and her husband have eight children, five of whom are adopted, three from Haiti and two from the United States. They also have four grandchildren. Kathy’s favorite activities are those that involve traveling and adventures that include her children and grandchildren.

In order to better relate to the characters in her stories, Kathy has done things such as whitewater rafting, certify in scuba diving, and get her motorcycle endorsement. She draws the line at sky diving. 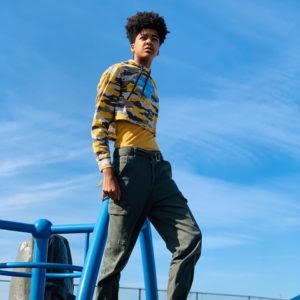 Meet the cover model for Freerunner.

I asked a friend if I could photograph her daughter to give the design team an idea of what I envisioned for the cover of Freerunner. I took action shots and mood shots (and even have some fun bloopers). When I sent them to the design team, they actually chose to use one of my photos for the cover. Now one of my friend’s daughters is on the cover of my first teen fiction book. She’s an amazing young lady, so it’s special to me to have her as the cover model.

The cover model is fifteen–year-old Larissa (fourteen when the cover photo was taken), who is part of an adoptive family that has twelve children. She and her brother were adopted as toddlers, and while Larissa doesn’t share Kia’s story, she has had struggles of her own. To accommodate some medical issues, she is homeschooled. She is involved in modeling, dance, musical theater and singing. The amazing part about Larissa performing is that because of the trauma of spending three years in foster care she struggled with selective mutism, not able to talk to anyone outside of her family. Amazingly she has been able to overcome it and is now able to express herself verbally as well as through music and dance. Larissa’s newest interest is photography, and she loves llamas and collecting realistic dolls.

Here are a few fun facts about Larissa:

What do you want to be as an adult? Performer and photographer

What one thing do you want to do more than anything else? Walk a runway in Italy

What advice would you give a girl in Kia’s situation or in any abusive situation? Pray and ask an adult for help. You are the victim, it isn’t your fault.

For Him and My Family, November 15

Because I said so — and other adventures in Parenting, November 20

To celebrate her tour, Kathy is giving away the grand prize of a $40 Books-A-Million Gift Card!!

Posted by Inklings and Notions at 8:57 PM