The Haunting of Bonaventure Circus 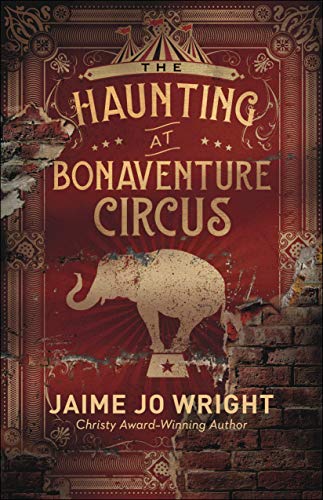 1928The Bonaventure Circus is a refuge for many, but Pippa Ripley was rejected from its inner circle as a baby. When she receives mysterious messages from someone called the "Watchman," she is determined to find him and the connection to her birth. As Pippa's search leads her to a man seeking justice for his murdered sister and evidence that a serial killer has been haunting the circus train, she must decide if uncovering her roots is worth putting herself directly in the path of the killer.Present DayThe old circus train depot will either be torn down or preserved for historical importance, and its future rests on real estate project manager Chandler Faulk's shoulders. As she dives deep into the depot's history, she's also balancing a newly diagnosed autoimmune disease and the pressures of single motherhood. When she discovers clues to the unsolved murders of the past, Chandler is pulled into a story far darker and more haunting than even an abandoned train depot could portend.
My thoughts: I have always liked the Circus and the whimsey that can be associated with it, though the only time that I have been to it was when I was a young child. I have to admit, as an adult, I can see how there is a darker side to it as well. Jaime Jo Wright explores a bit of both sides (though, mostly the mysterious and dark) in this story. It took me a little bit to get into it, but once I did, I was hooked! I enjoyed both the historical and the present day stories as they showed how very connected the present is to the past, especially in a small town. Another winner from Wright!
I received a copy of this book from Bethany House. This is my honest review.
Purchase a copy here! This post contains affiliate links!
Posted by Inklings and Notions at 7:55 PM