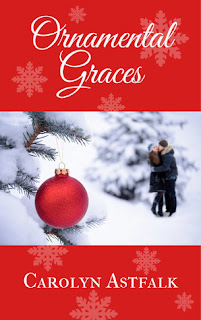 After his duplicitous girlfriend left, Dan Malone spent six months in a tailspin of despair and destruction: emotional, physical, and spiritual. Just when his life seems to be back on track, he meets Emily Kowalski, younger sister of his new best friend.

Emily’s the kind of girl he’d always dreamed of—sweet, smart, and sincere. But he’s made a mess of his life and ruined his chances for earning the love and trust of a woman like her.

Could Dan be the man Emily’s been waiting for? How could he be when every time they get close he pulls away? And will he ever be free from his shady past and the ex-girlfriend who refuses to stay there?

My thoughts: While I enjoyed the characters and getting to know them, I really didn't click with this story. Dan has a boatload of hurts from his ex-girlfriend that keeps him from moving forward when he meets Emily, causing their friendship to be confusing for both of them. I was a bit surprised at the language in this story, as well as how casually alcohol and other things along those lines are mentioned.
While this book wasn't my cup of tea, I did like Emily's character and the influence of her sister in law. I also loved her nieces and nephews!
I received a copy of this book from JustRead tours. This is my honest review and is in no way influenced by receiving a complimentary copy.

Posted by Inklings and Notions at 7:14 PM