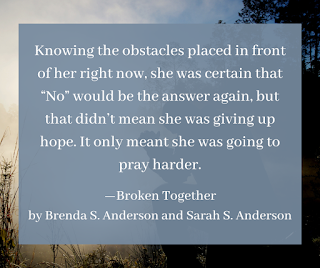 How do you persevere when you have no more will to fight?Jennifer and Chad Taylor had dreamed of opening a coffee and cocoa shop since before they said, “I do.” When Chad is sent to prison for murder despite claiming innocence, that dream—along with their family—is shattered.After years of fighting for Chad’s release, Jennifer finally breaks free from her shame, anger, and hopelessness, and forges ahead with the dream the two of them once shared. With the help of their college-aged twins, she begins to move forward.Without Chad.When their lawyer arrives with news of evidence that may prove Chad’s innocence, a strange mixture of emotions overtakes her. Does she want Chad to return home? He isn’t the same man he once was, and she certainly isn’t the same woman. She’s worked hard to piece the remnants of their family back together, and his coming home could fracture the family once again.It all comes down to one question. She loves her husband enough to fight for his release from prison, but does she love him enough to fight for their marriage?

Posted by Inklings and Notions at 7:55 PM