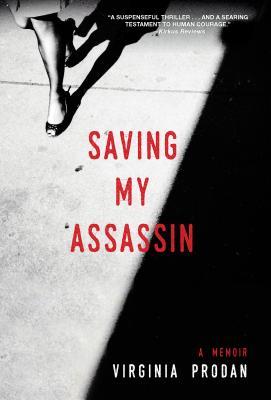 “I should be dead. Buried in an unmarked grave in Romania. Obviously, I am not. God had other plans.”

At just under five feet tall, Virginia Prodan was no match for the towering 6′ 10″ gun-wielding assassin the Romanian government sent to her office to take her life. It was not the first time her life had been threatened—nor would it be the last.

As a young attorney under Nicolae Ceausescu’s brutal communist regime, Virginia had spent her entire life searching for the truth. When she finally found it in the pages of the most forbidden book in all of Romania, Virginia accepted the divine call to defend fellow followers of Christ against unjust persecution in an otherwise ungodly land.

For this act of treason, she was kidnapped, beaten, tortured, placed under house arrest, and came within seconds of being executed under the orders of Ceausescu himself. How Virginia not only managed to elude her enemies time and again, but how she also helped expose the appalling secret that would ultimately lead to the demise of Ceausescu’s evil empire is one of the most extraordinary stories ever told.

A must-read for all generations, Saving My Assassin is the unforgettable account of one woman’s search for truth, her defiance in the face of evil, and a surprise encounter that proves without a shadow of a doubt that nothing is impossible with God.

My thoughts: What an incredible story of God at work in the life of the author! The book is a difficult one to read, as she shares her experiences of facing evil head on and surviving. But, the hard parts make her story all the more incredible. It;s amazing how God saved her life time and again, and how He brought her to a position where she could help others who are facing persecution.
This book is such an important one to read, since it is such a powerful story of one woman standing up for what she believes and how God has blessed her in the process. I think it is especially good for us to read and see how persecution for being a Christian is not just something in centuries past, but is still a threat in many parts of the world today.
I received this book from Tyndale in exchange for my honest review.
Posted by Inklings and Notions at 6:35 PM