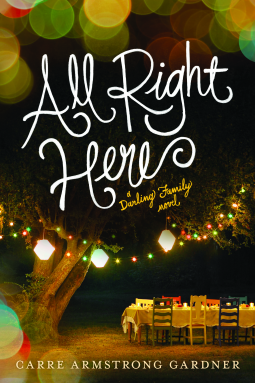 Ivy Darling can’t have children of her own, and her husband Nick’s resentment is forcing them apart. And while Ivy has the support and love of her large, close-knit family, Nick’s family has never welcomed her into the fold.
\When the three children next door are abandoned by their mother, Ivy and Nick take them in for the night. One night becomes several, and suddenly Ivy and Nick find themselves foster parents to the only African-American kids in the town of Copper Cove, Maine. As Ivy grows more attached to the children, Nick refuses to accept their eclectic household as a permanent family. Just as Ivy begins to question whether or not she wants to save her emotionally barren marriage, Nick begins to discover how much Ivy and the children mean to him. But is his change of heart too little, too late?

My thoughts: I loved this book! It deals with hard issues, like infertility, abortion, and how hard it can be to keep a marriage going. I like that there is a lot going on, and that the story is from the stand point of quite a few of the characters. The story has a lot of depth to it, which I appreciated. I look forward to reading the rest of the series!

Posted by Inklings and Notions at 5:37 PM