To Whisper Her Name 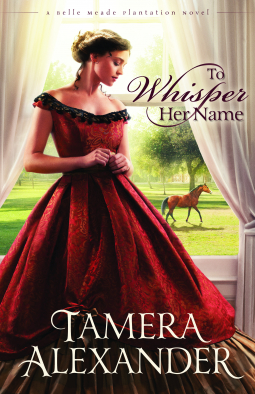 The Civil War cost Ridley Cooper more, in some ways, then it did many others. Branded as a traitor by members of his own family, he decides to turn his back on the Southern way of life and fight for the Unions. Sent on a mission to uncover a Confederate General's thoroughbreds, Ridley makes a choice that will change the course of his future.
Years later, Ridley shows up at Belle Meade plantation to learn how to handle horses before heading out west to forget the war. Things never go as planned and Ridley must learn that God has a plan for him.
I enjoyed this tale, as it had a lot going on with the characters and dealt with the heartache of rebuilding the United States after civil war. If you are looking for a good, engrossing read, this is it!
Posted by Inklings and Notions at 12:59 PM