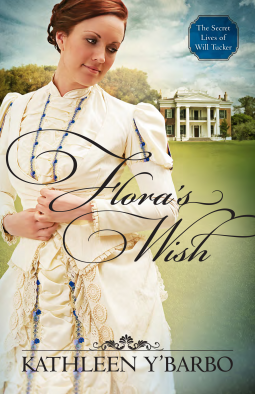 "I was in the middle before I knew I had begun." Flora Brimm can relate to the famous Pride and Prejudice quote, since she finds herself engaged for the fifth time to a man she hardly knows in an effort to save her family and their estate. After losing four fiances and being dubbed "Fatal Flora", she has decided the best way to make it to the altar is to jump right into being engaged. Unfortunately, she finds herself in the middle of a Pinkerton investigation regarding her fiance.
Lucas McMinn has a personal reason to be part of the Tucker investigation. Deciding that Flora is his best bet to catching the man, he sets out on an unforgettable journey to bring justice.
I liked the characters in this novel! I thought they were quirky and different, while being incredibly likeable. I thought the story was well written and there was plenty going on with both the main characters and well developed secondary characters. Two thumbs up!

Posted by Inklings and Notions at 12:55 PM