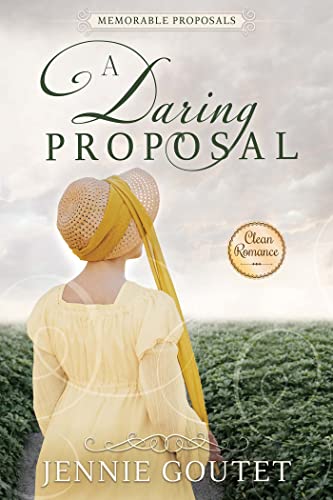 She has loved him for as long as she remembers. He is fast discovering his newfound attachment. And now they may never see each other again. Phoebe Tunstall has lived her entire life in the shadow of her outgoing twin sister and in service to her maiden aunt. When she suddenly finds herself alone and free of all responsibility to others, she decides to heed the challenge thrown out by the man she has long admired-her brother's best friend, Lord Ingram. Frederick Ingram is reeling from the shock of learning that his first love has married someone else upon mere weeks' acquaintance. Filled with frustration, he is unable to watch his friend's little sister, Phoebe, living meekly and waiting for happiness to come to her. He tells her to live more boldly. What he does not expect is for her to take it to heart and travel to Brussels as Napoleon begins his march northward. Frederick arrives in Brussels for his military duty and-contrary to his expectation-does not find Phoebe cowering in fear at the threat of the emperor's invasion. Instead, she appears to be the center of Society with every male eye in the city on her. Phoebe is eager to show Frederick exactly what he has been missing out on all these years, and he is finally ready to declare his love. Then war breaks out.

My thoughts: I loved this story! I think that friends to sweethearts is one of my favorite tropes, especially when one of the characters has secretly loved the other. I enjoyed getting to know Phoebe as she set out on an adventure after being challenged to do so by her long time friend. When gaining some independence puts her in harms way, as well as into a city where there are quite a few single military gentlemen, Frederick begins to regret his challenge.

I loved the characters and how they grew throughout the course of the story. Both think they know what they want out of life but have that challenged in Brussels. I also thought that the history was fascinating, since I hadn't read a book set during the time period where Napoleon tries to rally his troops again after his initial defeat. This is a well written, engaging read that I enjoyed tremendously!

I received a complimentary copy from the author. This is my honest review.

Posted by Inklings and Notions at 7:23 PM