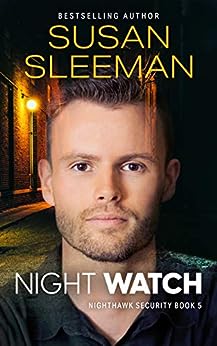 Everything points to suicide or accidental death…

Underwater crime scene investigator, Kennedy Walker is shocked when her mother dies and the police rule her death a suicide or an accidental overdose. Her scientist-mother was on the verge of a scientific breakthrough, and Kennedy knows her mother would never end her life, but the detective won’t listen. Kennedy moves back to her home town and commits to finding her mother's killer and finishing her work.

And she must prove them wrong.

Kennedy digs deeper, garnering the killer’s focus, and he puts her in his cross-hairs. She can’t give up on such an important project, so she swallows down her unease over the tumultuous breakup with Erik Byrd in college and hires Nighthawk Security, not only to protect her, but to help find her mother’s killer. It takes only one look for both of them to know their feelings for each other haven't gone away. With so many people counting on her to complete the project, giving in to old feelings is a distraction neither she or Erik can afford, and they both need to keep watch. Especially in the darkest hours of the night, when the killer comes out to play.

My thoughts: I feel like I should of read the previous books in the series to fully appreciate the story and the side characters, though this book worked as a stand alone story, since it tells the whole mystery. I just may have to go back and read more about Erik's siblings in the previous books!

Kennedy can't seem to shake the idea that her mother's death was no accident. In the middle of some important research when she passed away, it just seems like something is fishy about her death. When there is a break in at her mother's home, she is thrown into association with the man who broke her heart, and they are left scrambling to figure out what is really going on.

I enjoyed the characters and the fast pace to this story! The mystery kept me guessing, and I enjoyed being a fly on the wall as Kennedy and Erik had to learn to work together after suffering past hurts. This is a wonderful mystery to pick up and enjoy!