"No one does a final suspense scene like Cynthia Hickey!” – Stewart Writing Services

A rash of burglaries?

What kind of job had she been hired to do?

CJ Turley is excited to begin her new life as overseer of Heavenly Acres, a tiny house community in the Ozark mountains. As she’s handed the keys to her new house, by a woman who seems far too eager to leave the job to someone else, CJ is told the community is experiencing a rash of burglaries and she should visit the nearby Park Ranger for help.

Can CJ and her new friends stop a thieving murderer before they lose something far more precious than jewels? Their life!

From first day, to spending time with handsome ranger, Eric Drake, to a cast of quirky characters who are all suspect in CJ’s mind, you’re bound for a fun, hilarious, romp in this first book of a new small town, cozy mystery series by best-selling and award-winning author.

The characters are fun and well developed. I enjoyed  CJ and her tenacity with trying to figure out who is behind the rash of burglaries. This is an excellent mystery to pick up! 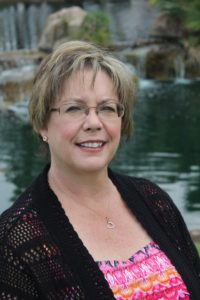 Multi-published and Amazon and ECPA Best-Selling author Cynthia Hickey has sold close to a million copies of her works since 2013. She has taught a Continuing Education class at the 2015 American Christian Fiction Writers conference, several small ACFW chapters and RWA chapters, and small writer retreats. She and her husband run the small press, Winged Publications, which includes some of the CBA’s best well-known authors. She lives in Arizona and Arkansas, becoming a snowbird, with her husband and one dog. She has ten grandchildren who keep her busy and tell everyone they know that “Nana is a writer”.

I’ve always been fascinated by tiny houses and love writing cozy mysteries. What’s better than a cozy mystery series in a tiny house community? Not an inch of space wasted. You’ve got to be creative with your storage. Even hiding things in the floor which occurs when CJ Turley takes over as manager of Heavenly Acres. The pup she inherited when her grandmother died has a nose for diamonds. Who’d guess there were so many places in a tiny house to stash things?

I don’t live in a tiny house, but my husband and I downsized from a 2100 sq. ft home to a 1,000 sq. ft. home. Guess which one we prefer? The smaller one 😊 We always know where things are, it’s easier to keep clean, and no stairs to go up and down when we forget something. I’m pretty sure I couldn’t live in anything less than 400 sq. ft. if I lived alone, but it was fun to write about those who do.

I’ve watched so many tiny house shows, I’m pretty sure I could design one with everything I’d need. We even told our son that if he moved where we live, we’d build him one in the backyard! He wasn’t amused.

On a serious note, just kidding. While my cozy series have humor, they also have murder and mayhem with quirky characters and a dash of romance. I like my readers to chuckle as the characters strive to take down the culprit without too much danger to themselves.

She Lives To Read, August 11

Because I said so — and other adventures in Parenting, August 17

To celebrate her tour, Cynthia is giving away the grand prize package of a $25 and a copy of the book!!

Posted by Inklings and Notions at 9:21 PM