Danger Lurks Behind Every Color

When Ava Locke was five years old, she began a journey to join the Benefactors—the leaders of the magical continent of Magus. Twelve years later, she unwittingly started down the road to betray them.

On Magus where colors fuel magical abilities, yellow is banned in an effort to protect people from its mind-controlling capabilities. When a rogue Yellow magic-user named Elm escapes imprisonment Ava becomes innocently fascinated with his story. Once this mysterious Elm shows up at her school, Ava pushes her interest to the next level by helping him evade the Benefactors. Ava grows increasingly conflicted as her intrigue leads her down a dark road of secrets about her world. As she learns more about Yellow magic’s potential to control its victims, Ava now must question whether her rash decisions are all her own or if someone else is pulling the strings.

My thoughts: I was intrigued by this story and how the author would work magic and colors together. It was interesting that one of the colors has been banned, and it isn't until Elm escapes that Ava begins to dream of yellow and chaos begins to ensue. I thought that the author did a wonderful job of world building, something that can be hard for the reader to catch to vision on, but not so in Vivid. This book was wonderful and I look forward to reading the next book in the series! 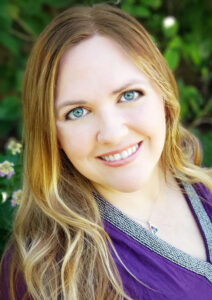 Ashley Bustamante has created stories from the moment she could scribble and staple sheets of paper together. She simply cannot recall a time when writing was not a force in her life. When not running through lines of dialogue in her mind, she enjoys taking photographs and spending time with her husband, three children, and any furry, feathered, or scaly creature she can find. She currently works at Arizona State University.

Vivid is a great example of how something small can turn into something big with a little faith and a lot of work!

The idea for Vivid came from a dream (which later became part of Chapter 5) that I just couldn’t forget. A dream about a charming young man in a top hat and a young lady in a yellow dress. I won’t give away the whole scene, but what stood out to me was the complicated feelings of the young lady. She was left so conflicted and dazed by her encounter with this roguish stranger. She knew she shouldn’t have spent time with him, and yet it was exciting. The thing she wanted more than anything was for him to come back, and yet that was also the thing that terrified her the most.

This scene and these characters would not leave my head. I wanted to know the rest of their story and it was all I could think about. Finally, I wrote it all down. How could I not? I made some adjustments, and soon I was plotting. Soon I had names. Places. A magic system. A chapter. Two chapters. Ten chapters. Within a month, I had my first draft written.

The road forward wasn’t easy as I was met with rejection after rejection. But through it all I could feel my Heavenly Father cheering me on, encouraging me to grow the talent he had given me. At once point I almost shelved the project, but that little nudge kept me going and eventually led me to my publisher. All the little pieces that came together over the years to lead me there is a story in and of itself.

I hope you will enjoy Vivid and come to love Ava and Elm as much as I do. It is my privilege to have this opportunity to share them with you.

For Him and My Family, June 5

Because I said so — and other adventures in Parenting, June 10

Inside the Wong Mind, June 13 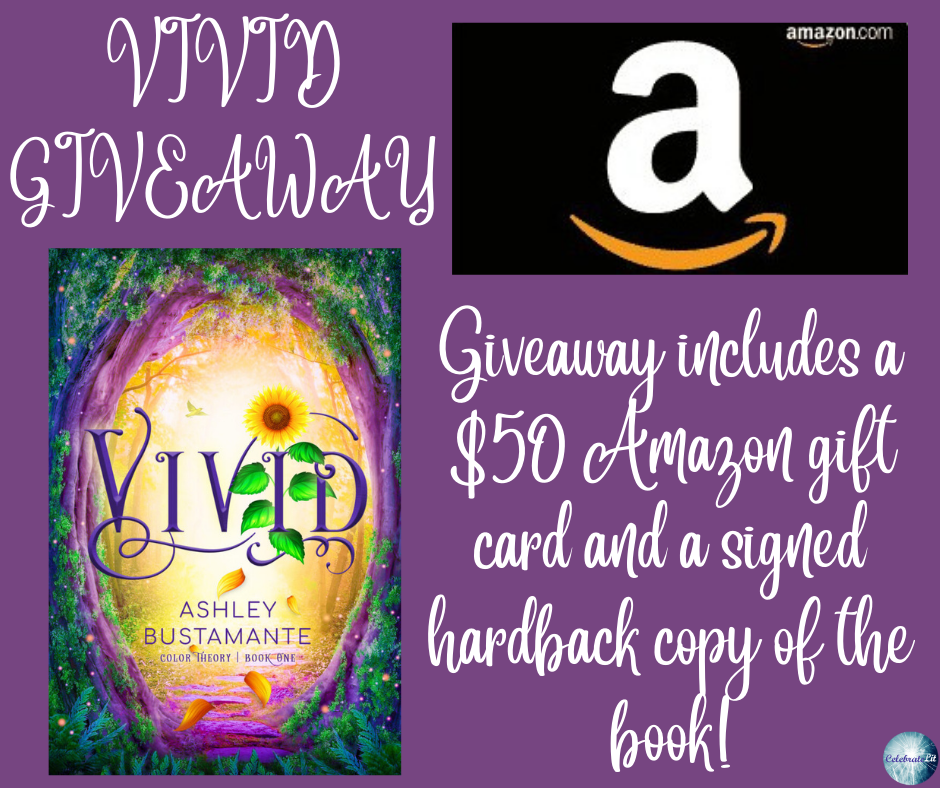 To celebrate her tour, Ashley is giving away the grand prize package of a $50 Amazon gift card and a signed hardback copy of the book!!